Can The "Super-Fight" Between Floyd Mayweather And Conor McGregor Actually Live Up To The Hype?

Floyd Mayweather and Conor McGregor really aren't all that different. They both have a ton of charisma, their brash and flamboyant personalities contributing to their massive levels of popularity. They're both pretty strong in the ring, too, so naturally, a fight between the two of them would be a huge event, right?

Not so fast, and here's why: Mayweather is a star in the boxing ring, while McGregor is more at home in the UFC Octagon. This fight would likely take place under boxing regulations. That gives Mayweather a huge advantage. It'd be as if Usain Bolt were racing in the 100 meters against long-distance legend Haile Gebrselassie. They're both incredible athletes, but only one of them specializes in the event taking place.

Not only would McGregor be fighting in an unfamiliar ring with unfamiliar rules, he would be using unfamiliar equipment. Boxing gloves weigh eight to ten ounces and cover a fighter's entire fist and most of the wrist. With these gloves, it's not too difficult to block or parry an opponent's punches. MMA gloves, meanwhile, only weigh four to six ounces, a noticeable difference over the course of a fight. They're also fingerless and don't make a good shield. An MMA fighter has so many more vulnerable spots to be aware of, and can also take advantage of grapples and takedowns. 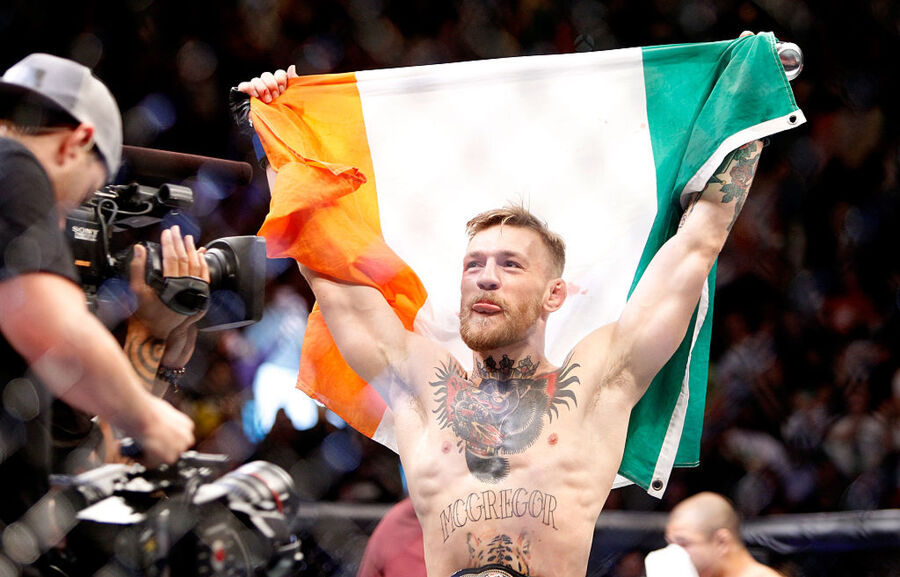 McGregor wouldn't be able to utilize the many MMA strikes that he's capable of delivering. Never mind that Mayweather hasn't had an official fight since 2015, or that he'll be 40 years old by the time he gets back in the ring. When you're that good of a boxer, you know how to prepare. Mayweather could simply wear McGregor down over the rounds.

So why even do the fight at all? Well, Mayweather's nickname is "Money," and he would stand to make a lot of it. Ten years ago, Mayweather fought Oscar de la Hoya in a fight that was watched by 2.4 million Americans. And in 2015, "The Fight of the Century" that pit Mayweather against Manny Pacquiao set a record for pay-per-view buys, with 4.6 million Americans tuning in. 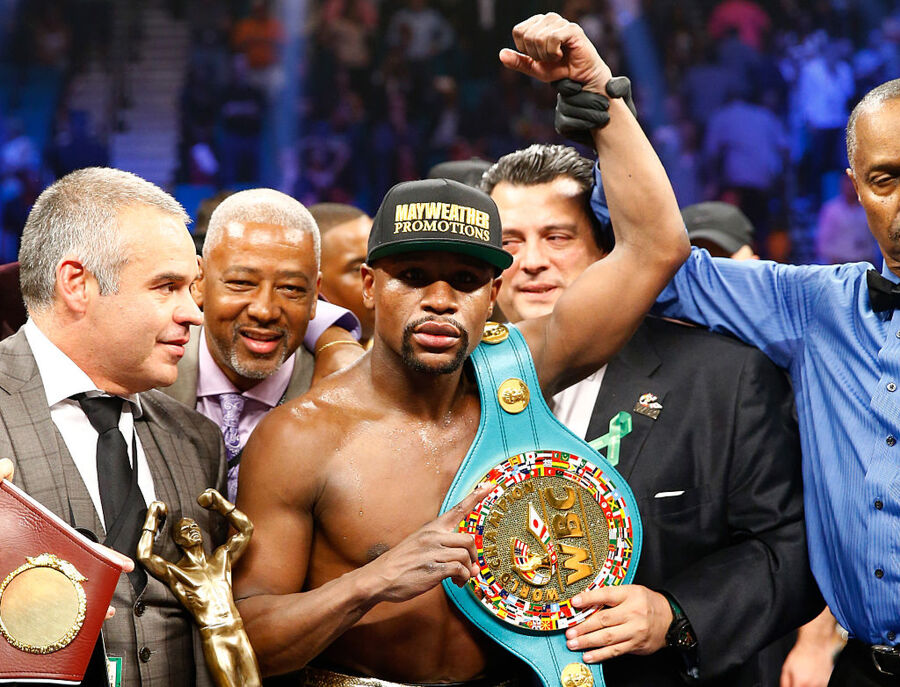 A similar number this time around would equate to $460 million in pay-per-view revenue alone, as PPV costs for the fight would be $100. With ticket prices ranging in value from $1,500 to $7,500 for the Pacquiao fight, we can add in another $50 million at the gate. That means the fighters would generate more than half a billion dollars in revenue.

Interestingly enough, there might be an undercard that's also a boxing versus MMA crossover fight. Roy Jones Jr., who's 48 years old, recently called out MMA star Anderson Silva, who's 41. If it comes to fruition, this would be another example of star power trumping the actual quality of the fight.

Roy Jones vs Anderson Silva and Mayweather vs McGregor double headline card UFC invasion. Would be biggest event of all time period

In fact, much like the Mayweather and Pacquiao fight, a Mayweather/McGregor bout will likely have a similar end result. There already is a ton of hype, but ultimately, the fight will be a disappointment.