Cam Newton Vs. Peyton Manning: Who's Making The Bigger Bucks?

Super Bowl 50 has plenty of intrigue, and the faces of each franchise are radically different. On one side, you've got Peyton Manning, the elder statesman who's hoping to win one more game and ride off in the sunset. He's very methodical in his approach to the game, and celebrates by pursing his lips and lightly pumping his fist, and maybe giving a high five to a teammate. On the other side, Cam Newton leads the Panthers like he's celebrating his 21st birthday and has invited 52 of his closest friends (he has a lot of friends). They're brash, in your face, constantly dancing and handing out touchdown balls to kids crowding the aisles. They rub some people the wrong way, but those are likely the same folks who've helped turn the NFL into the "No Fun League."

Both styles are great in their own way, and have helped bring more and more fans to the game over the years. But, of course, the real question is: which quarterback is worth more?

For starters, let's look at the company Repucom, which partners with The Marketing Arm to create the Davie-Brown Index, a measure of more than 3,800 athletes and celebrities. At the start of the year, Newton was at 1,182 on the list. He's up to 131 now, ahead of big names in their own respective worlds, like NBA star LeBron James, actors Matt Damon and Leonardo DiCaprio, and musician/judge on The Voice Blake Shelton. The U.S. population's awareness of Newton has risen during the Panthers successful season, too. According to another measure, 52 percent of the country's population now knows who Cam Newton is, though he still has a ways to go to catch Peyton Manning, who's recognized by 85 percent of the population. It's unknown how many people are actually familiar with dabbing, or could perform the dance if asked to do so.

While Newton may be behind Manning in terms of recognizability, the upstart quarterback is nearly on par with "Mr. Omaha" in endorsement deals. Thanks to his deals with Papa John's, Gatorade, Nationwide Insurance (sorry for getting the theme song stuck in your head), Manning is the NFL's top spokesman. He rakes in $12 million annually. Newton's annual endorsement total, meanwhile, will total $11 million. $1 million of that is for helping Carolina reach the Super Bowl. Newton has even more deals, pairing with Gatorade, Under Armour, Dannon Yogurt, Belk and Drakkar Essence.

Even if the Panthers don't win the Super Bowl, Newton's value should rise after an incredible season. He led the Panthers to the best record in the league, has an infectious personality, and will likely be named MVP this season. It's looking more and more certain that he'll be offered even more endorsement deals after the Super Bowl.

Manning and Newton have gone back and forth on merchandise, too. In December, Newton's gear and memorabilia sold more than any other player, according to Fanatics, the largest online sports retailer in the country. Once January rolled around, Manning reclaimed his spot on the top. 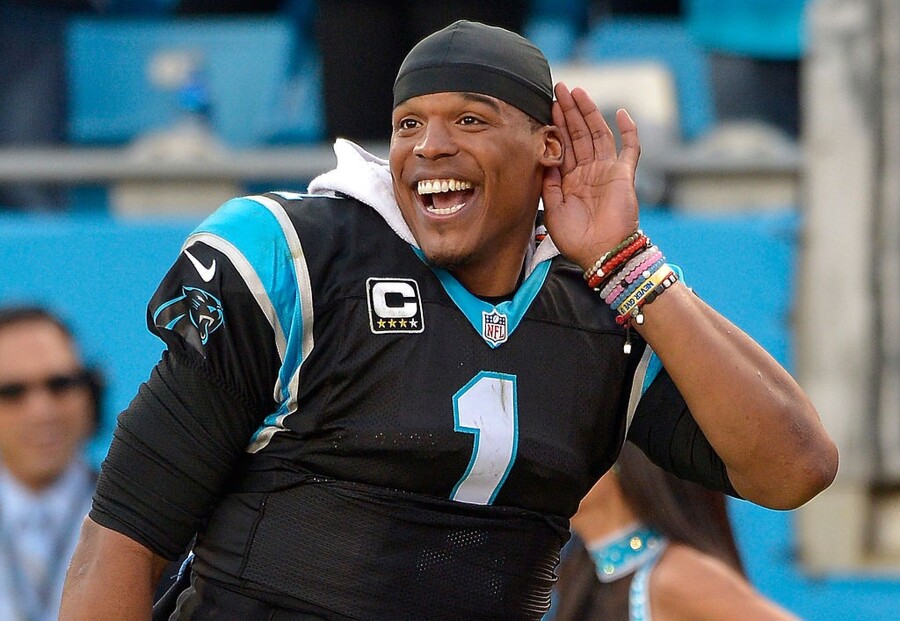 Cam's meteoric rise to fame started as soon as he became #1 overall in the 2011 NFL Draft. Under Armour, under the advice of coaches and staff at Auburn, inked Newton to a deal worth more than $1 million per year. The deal was beneficial for both sides–Newton loved Under Armour's Highlight cleats and promoted the company by wearing the cleats on game day. And now, Newton wears specially designed cleats for warm-ups, and they can vary from game to game. For example, he wore a pair featuring an image of him doing his oh-so-famous dabbin' before the team's Thanksgiving Day game, and before the NFC Championship, he donned cleats with the names of each teammate.

Dannon's deal with Newton has been a big success, too. The company paired with him in 2014, and spots they shot this past offseason have done very well. So well, in fact, that Dannon is teaming up with Newton to produce a kids' television show on Nickelodeon, called "I Wanna Be." Maybe one episode will talk about being a millionaire, since Cam's achieving that in spades. And as he continues to be seen in the youth market, the endorsement opportunities will only grow.

Of course, Manning's no slouch off the gridiron, either. You can barely watch an NFL game without seeing him hawking some pizza. He owns more than 20 Papa John's locations in Colorado, and despite recent appearances by J.J. Watt and Joe Montana, it's still Peyton leading the charge with Papa John's promotion. He's prominently featured in a series of Nationwide commercials, as well, showcasing a rare condition where you sing everything you say in a catchy jingle. 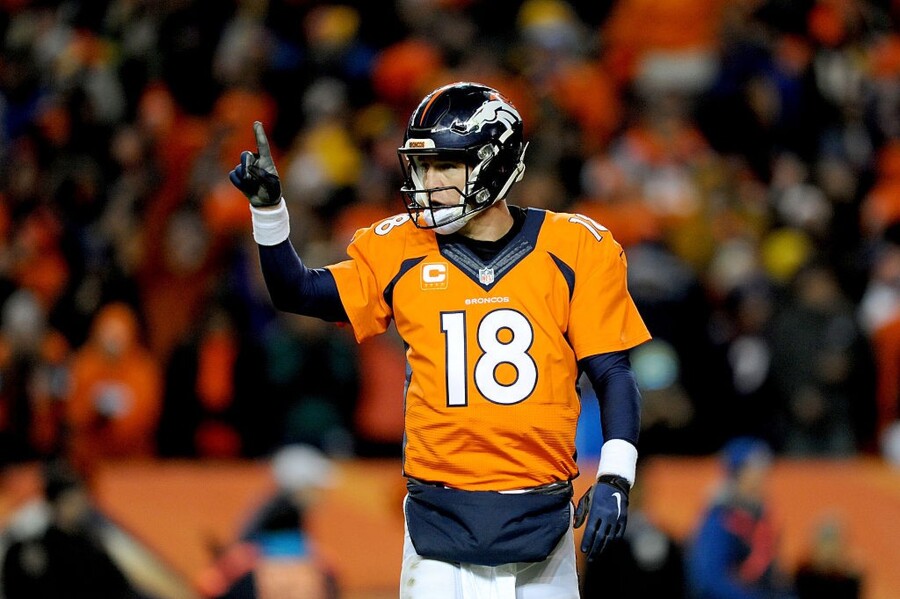 Finally, let's talk about on the field earnings. Newton may be roughly neck and neck with Manning in terms of endorsements, and he's closing the gap as far as influence and recognizability goes. But The Sheriff absolutely wipes the floor with how much he's made over his career. He currently sits at $246.7 million, and will earn another $2 million in incentives if he leads the Broncos to a Super Bowl victory. And if he returns next year, Manning is owed another $19 million, though his salary would likely be restructured.

Newton, meanwhile, signed a five-year, $103.8 million deal with $60 million guaranteed this past offseason. That's great money, but it still leaves him well shy of Manning's career earnings. Newton's rookie deal was for $22 million, and his signing bonus for this new contract is worth even more than that. He's slowly making his way towards Manning's level. And hey, Peyton's got 13 years on Cam. You'd have to think the Panthers QB can catch up eventually.

Regardless of the discrepancies in total career earnings and appeal to the citizens of the United States, one thing's for sure: if Cam Newton has his way, he's about to be the face of the league. Let's just hope everyone is ready for it, because it's sure to be a lot of fun. We'll see if his takeover begins with a Super Bowl victory, or an offseason of hard work.