In his 9 seasons in the NFL, Calvin Johnson was consistently regarded as one of the best receivers in the NFL. Over the course of his career with the Detroit Lions, Johnson amassed 731 receptions for 11,619 yards and 83 touchdowns, and it didn't seem as if he was slowing down after a 2015 season that saw him rack up 88 receptions for 1,214 yards and 9 touchdowns. But citing being "fed up" with football, Johnson decided to hang up his cleats following the 2015 season, leaving the game as one of the greatest players in Detroit Lions history. But according to a report, the Lions didn't treat him like one of their greats, forcing him to cough up a decent chunk of change after he retired from football.

According to a report from the Detroit Free Press, the Lions forced Megatron to pay back a portion of his signing bonus when he retired, an amount that totaled at least $1 million. It was originally believed that Johnson paid the Lions back $320,000. According to records from the NFL Players Association, Johnson paid $320,000, or roughly 10 percent of the $3.2 million signing bonus proration that the Lions were entitled to according to the NFL's collective bargaining agreement.

This revelation may be one of the reasons why Johnson hasn't had many nice things to say about the Lions post-retirement. 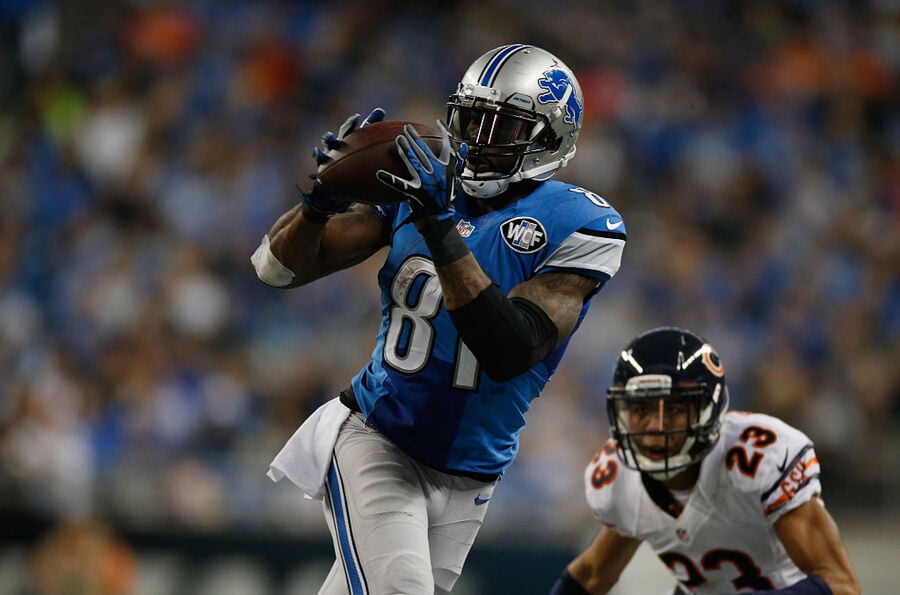 "I don't even like to talk Lions too much just because the way our relationship ended… If they see me around here, we'll see. But hey, I don't know," said Johnson in a report from the Detroit Free Press in late May.

Johnson also revealed in the report that he wasn't "treated the way [he] should have been" by the Lions, hinting at issues between the Lions organization and himself.

"I just didn't feel like I was treated the way I should have been treated on the way out. That's all. I mean, it's all good. I'm not tripping. I don't feel any kind of way, just hey, that's what they did. Hey, it is what is," said the 6-time Pro Bowler.

This isn't the first time the Lions have recouped money from one of their greats post-early retirement. Barry Sanders was ordered to pay back $1.8 million of his $11 million signing bonus after he retired.