C.J. McCollum brought the heat this season for the Portland Trail Blazers, and now he's getting paid.

McCollum was drafted by the Blazers in 2013 with the tenth overall pick, becoming the first ever player from Lehigh to be drafted into the NBA. In his first two seasons with the Blazers, he bordered on disappointment, averaging just 6 points, 1.4 rebounds, and .9 assists per game and only making the starting lineup three times. 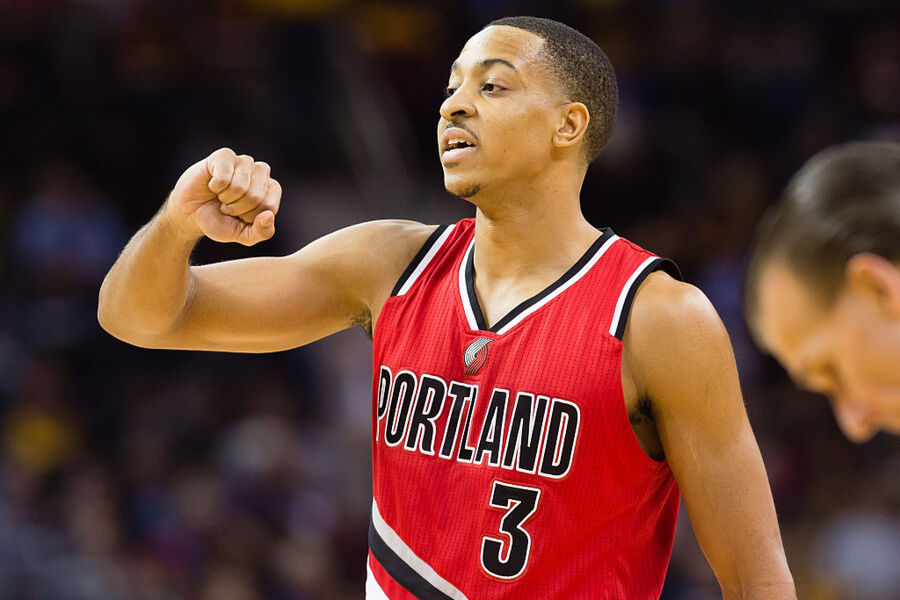 In 2015-16, however, he took on a starting role with the off-season departure of several key players, and man did he deliver. He started in all 80 of the games that he played, averaging 20.8 points, 3.2 rebounds, and 4.3 assists per game. This effort earned him the NBA Most Improved Player Award for the season, and he was able to lead the Blazers to an improbable playoff run into the second round where they lost to the Golden State Warriors.

In the 6'4″ guard's first four seasons he averaged making $2.6 million per year, including this coming season which will be his highest paid so far with about $3.2 million. One could argue that in his first two seasons he was actually overpaid. But suddenly, he's one of the most underpaid players in the league.

Not for long, though.

With the numbers he put up last season though? He's earned it.