Byron Allen, Jeff Bezos, Jay-Z And Others Line Up To Buy The Washington Commanders

Washington Commanders owner Dan Snyder has been under intense scrutiny over the past few years. Fans and critics pined for a name change from the team's previous mascot, which was far more offensive than Commanders. An independent investigation into the team was launched amid allegations of sexual harassment by Snyder and other male executives, colleagues, and players. And Snyder reportedly hinted at having "dirt" on just about every other NFL owner, painting a very paranoid picture of the situation in Washington.

Throughout it all, Snyder remained steadfast in owning the team. He had no plans to give up control of the Commanders.

Well, it seems like Snyder has changed his tune. He's now exploring a potential sale of the team — and there are some big names among the potential bidders. 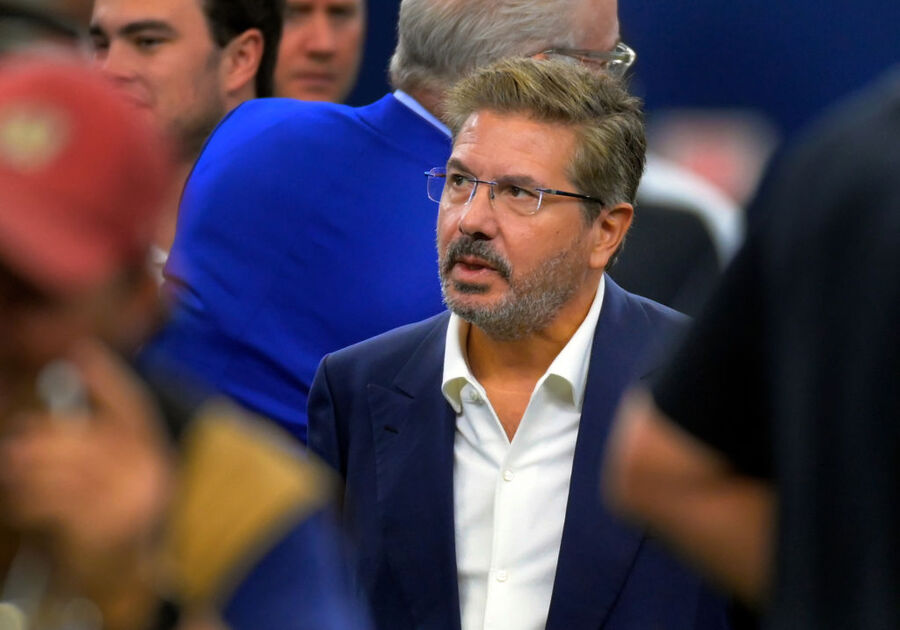 Media entrepreneur Byron Allen is preparing a bid for the Commanders, per Bloomberg. He's hoping his second foray into the league will be more successful; Allen tried to buy the Denver Broncos in February 2022. Instead, an investor group led by Robert Walton purchased the team for $4.65 billion, an NFL record.

If Allen does put up the winning bid, he'd be the first Black majority owner of an NFL team. The league denied allegations of racial discrimination earlier this year from former Miami Dolphins head coach Brian Flores, who sued the league and three teams. Allen becoming an owner would look good for the league, though there's still lots of work to be done.

Allen has some competition for the next owner of the Commanders. Charlotte Triggs and Natasha Dye of People reported Jeff Bezos is "looking into buying" the team. And he could potentially partner with Jay-Z to make the deal happen.

Despite losing a ton of money from Amazon's falling stock, Bezos is still one of the wealthiest men in the world. He likely wouldn't need to partner with anyone from a financial perspective. But Jay-Z brings a different perspective and an extensive network that Bezos couldn't fulfill on its own. And who knows? We've seen Jay-Z partner with Samsung to release music — maybe Amazon would get a Thursday Night Football theme song in the works.

Allen, Bezos, and Jay-Z are already delivering plenty of buzz around the Commanders, and expect to see even more names pop up over the coming weeks. Owning an NFL franchise is a rare privilege, and only a handful of people ever get to do it.