By Signing With The Celtics, Gordon Hayward Has Given Up Millions Of Dollars

Gordon Hayward had the best season of his career this past season, averaging 22 points a game and making his first All-Star appearance. He also led the Jazz to their first playoff series win this decade.

As a result, Hayward wants to get paid like a star, so he opted out of the final year of his contract, which was worth $16.7 million.

Hayward ultimately chose to sign with the Boston Celtics, agreeing to a four-year, $128 million deal with the team.

Going to Boston makes sense. Hayward will be a strong addition to a team that finished first in the Eastern Conference this year. Plus, Celtics coach Brad Stevens coached Hayward in college at Butler. That was actually a motivating factor in Hayward's decision, per his announcement on The Player's Tribune.

However, by leaving Utah, Hayward is forgoing about $52 million. 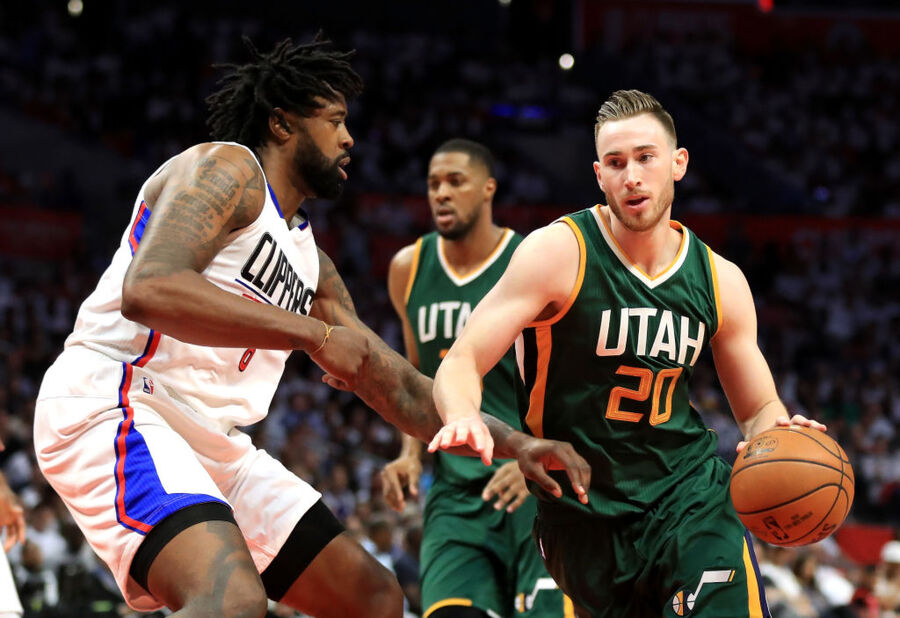 If he had remained in Utah, he could have signed for an additional fifth year, making his contract worth an estimated $180 million. Only the Jazz could have offered the extra year.

That extra year and additional money were really the main bargaining chips the Jazz had. Now, the Celtics seem like they're on a collision course with the Cavs in the Eastern Conference Finals.

Hayward gave up a lot of money by moving to Boston. As he said in his letter, though, he and Stevens have unfinished business from their days at Butler: winning a championship.