When the Washington Nationals won the first two games of the World Series on the road, it looked like they were well on their way to their first-ever title. But then Jose Altuve, Garrett Cole, and company woke up, and the Houston Astros outscored the Nationals 19-3 over the next three games. Now, Houston is one win away from a championship – and a few sportsbooks are sweating it out.

Why? Because of a man named Jim McIngvale. McIngvale, who is better known as "Mattress Mack", owns three Gallery Furniture stores in Houston and is a big believer in the Astros. He's such a big believer that he offered all customers who bought any mattress-set this season (up to $3,000) a FULL REFUND if the Astros win. Jim believes he's looking down the barrel of $20 million worth of refunds from this promotion if the Astros win.

So what does someone with $20 million worth of refund liability do? He hedges of course!

Total it all up and he's spent just over $10.9 million on all of his bets combined. According to The Action Network reporter Darren Rovell who has been traveling around with Mack since October 1st, if the Astros come through tonight, McIngvale will win nearly $18.9 million. By Rovell's estimation, it's the largest amount of money ever bet on one team. 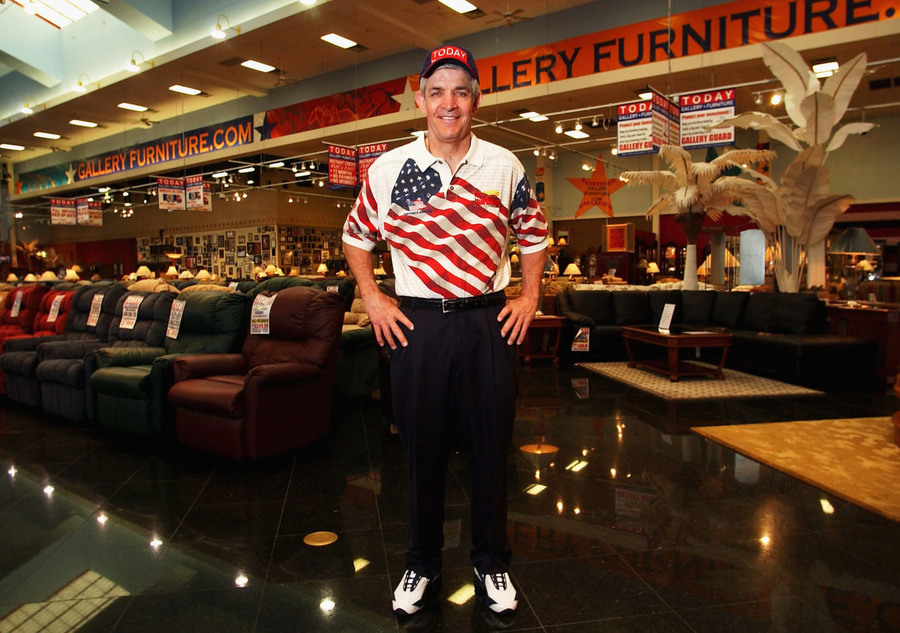 After the Astros lost the first two games of the series, McIngvale doubled down on his bets. He's won $889,212 from single-game bets during Games 3 through 5.

This isn't the first time McIngvale has done an Astros-themed promotion. He did a similar deal in 2017, when the Astros defeated the Dodgers in seven games.

McIngvale lost $13 million that year. But apparently the publicity was good enough to make him try things again. And it could result in a huge pay day if the Astros can win either tonight or tomorrow.