Buffalo Wild Wings Is Giving Away Free Wings If The Super Bowl Goes To Overtime… How Much Would That Cost Them?

Buffalo Wild Wings has long touted its ability to extend games with is "overtime button." Its series of ads show employees pushing a button to send a game into overtime, giving fans more excitement. And a chance for more wings, of course.

This Super Bowl, Buffalo Wild Wings is really putting that button to the test. Tom Brady and the New England Patriots and Jared Goff and the Los Angeles Rams will square off in Super Bowl LIII. Even if you're not a fan of either team, you have something to root for: overtime.

The company announced it would give everyone in America free snack-sized wings if the Super Bowl goes into overtime. 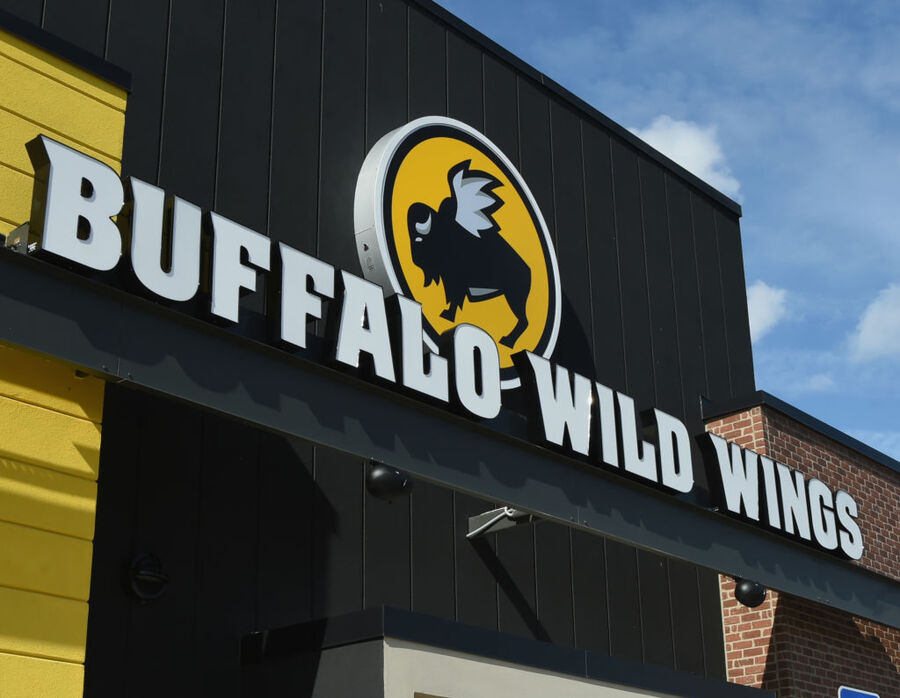 But not everyone is a wing fan or is even old enough to eat wings. A more reasonable estimate is to look at last year's numbers. Buffalo Wild Wings said it sold 14 million traditional and boneless wings on the day of the Super Bowl LII.

That would be about $95 million in lost sales. Still a significant amount of money, but definitely not as bad as billions of dollars. And of course, it's hard to imagine people would come in just for free wings. They'd likely order additional menu items, whether drinks or other food.

There are some stipulations to the contest, too. To redeem your prize, you must visit a Buffalo Wild Wings between 4 and 7 p.m. local time on February 18 and only February 18 (which is a Tuesday).

Then there's the fact that only one Super Bowl ever has gone into overtime: 2017's battle between the New England Patriots and Atlanta Falcons. That's less than two percent of the time.

With 15 overtime games this season (plus two in the playoffs on the same day), perhaps there's some magic in the air, though.

Either way, we'll all be intently watching come Super Bowl Sunday. And if we do get some extra football, we'll know that overtime button truly is real.