The Cincinnati Bengals had a disappointing year, finishing a mediocre 7-9 and missing the playoffs. But it couldn't have ended better for quarterback Andy Dalton.

Facing a 4th and 12 in the Bengals season finale against the Baltimore Ravens, Dalton threw a 49-yard touchdown pass to Tyler Boyd with less than a minute left. In the process, Cincinnati knocked Baltimore out of the playoffs and the Buffalo Bills grabbed the final spot.

It was the first time since 1999 the Bills made the playoffs, and the city of Buffalo had Dalton to thank. To show their appreciation, more than 15,000 Bills fans raised more than $345,000 for the Andy and Jordan Dalton Foundation. 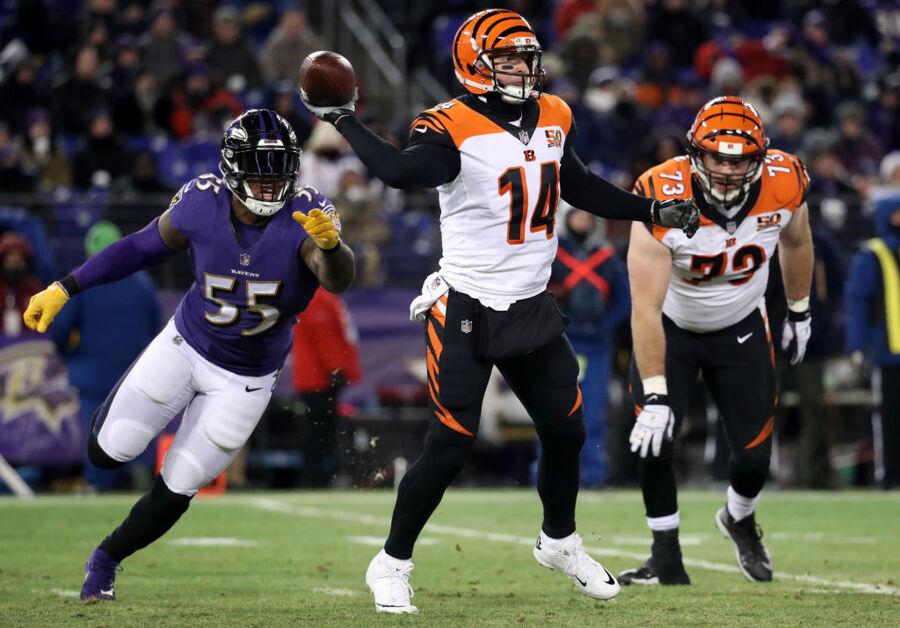 The foundation provides support and resources to families with physically challenged or seriously ill children in Cincinnati and in Dalton's hometown of Fort Worth, Texas. Since 2012, the foundation has impacted 3.5 million people.

Many fans donated in increments of $17 to represent the 17-year playoff drought the Bills ended. And Dalton isn't taking the donations for granted.

"The generosity of an opposing team, a fan base that's not even ours – a team we beat this year – amazing," Dalton said. "It puts it all into perspective. They made the playoffs not just because we won but they also had to win to get there. But it's a crazy story, the impact a football game has on people. They were willing to donate to someone else's charity. That shows you how big the game is, how you can use it for good."

Dalton's season ended on a high note, but his offseason just might be even better.