The Bryce Harper saga is finally over. After months of rumors, deliberations, and discussions, the 26-year-old outfielder is headed to Philadelphia. Harper and the Phillies agreed to a 13-year deal worth a whopping $330 million.

The deal, which is the most expensive contract any major professional sport has ever seen, includes a no-trade clause. And unlike the $300 million deal that Manny Machado signed with the San Diego Padres, this contract has no opt-outs.

According to Harper's agent, Scott Boras, there was a "full buffet" of offers available. The Los Angeles Dodgers offered both a three-year, $135 million deal ($45 million annually) and a four-year, $168 million deal. The San Francisco Giants were closer to the Phillies, putting out a $310 million contract over 12 years.

However, Harper's main priority was getting the longest contract possible. The 2015 NL MVP wants to remain in one city for the rest of his career. And since he'll be 39 by the time this deal is up, he's likely to achieve that goal. 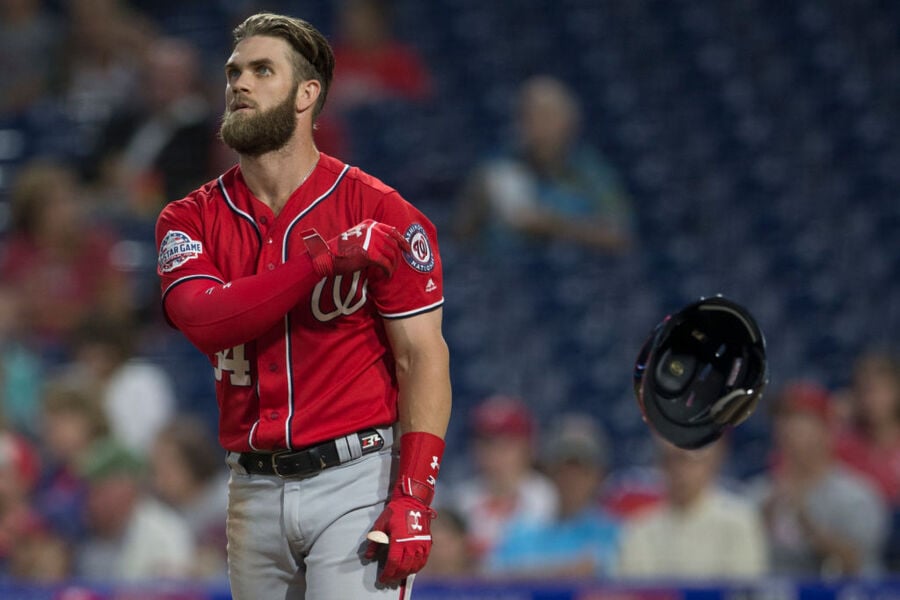 The message is clear for a team that finished 80-82 and third in the NL East: average won't cut it anymore. With Harper in tow, the Phillies are no longer rebuilding.

It's an expensive contract, for sure. Per Darren Rovell, Harper will make $44,929 per plate appearance, based on his career averages. That's more than the median household income of the entire city of Philadelphia ($41,500).

In terms of net take home money, Bryce will make around $184 million off this contract after Federal, State and payroll taxes, before his agent Boras gets a cut. That's around 55.7% of $330 million.

Though it's the largest contract in any team sport, Harper's deal is less than that of Canelo Alvarez, who in 2018 signed a five-year deal with streaming sports site DAZN worth $365 million.

The record-setting deal puts enormous pressure on Harper, too. If he doesn't help the Phillies win another World Series–or even multiple titles–the City of Brotherly Love won't feel so inviting.

For now, though, it's all smiles. And we can finally put the signing drama behind us and focus on the most important part: playing ball.