Bryce Harper of the Washington Nationals is without a doubt one of the best players in baseball. The 24-year-old right fielder is in the midst of a bounce-back season after a head scratching 2016 season that saw him hit .243 with an .814 OPS, 24 home runs and 21 stolen bases; a solid year for most players, but nowhere near the MVP year he had prior. But it appears that Harper has his mojo back, hitting .324 with a 1.089 OPS, and 15 home runs in just 48 games. Harper's performance this year already has baseball GMs talking about his impending free agency in 2018, and the absurd amount of money he could potentially make in the process.

Bryce Harper's year thus far has undoubtedly reaffirmed the beliefs of some who may have been worried about his dip in production last year. He appears to be in the midst of another MVP-worthy season, and as a result, some baseball GMs may be willing to break the bank in an effort to sign him, if a report from ESPN's Eddie Matz is to be believed. According to one GM quoted in the report, Bryce Harper could easily sign the richest contract in the history of North American sports.

"He is going to get paid. Like, paid paid … Four hundred million is light. It's going to be more than that. If you could sign him to a 15-year contract, you do it. I would say something in the range of $35 million a year, maybe closer to the high 30s. It could approach 40 million dollars a year," said the anonymous general manager. 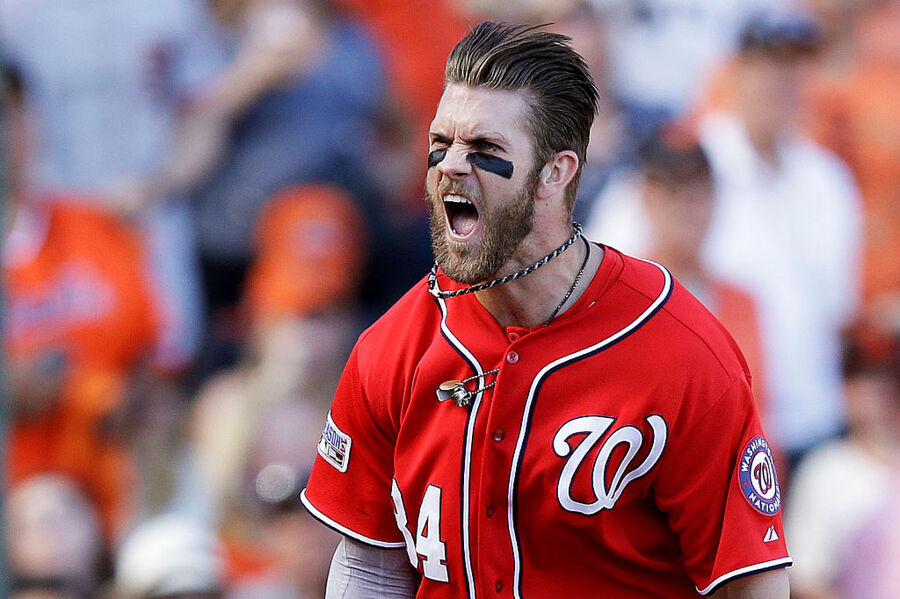 "Based on average annual value, the highest-paid player in today's game is right-hander Zack Greinke, whose contract with the Diamondbacks earns him better than $34 million per season. On the one hand, Harper's not a pitcher like Greinke (or [David] Price or [Max] Scherzer). On the other hand, he (A) already has one MVP on his résumé, (B) is in the conversation for another, (C) hasn't even hit his prime yet, and (D) is repped by super-agent Scott Boras. All of which suggests that the idea of Harper becoming the highest-paid player in the game isn't a far-fetched one."

While Harper still has roughly a season and a half left to play before he gets his big payday, it appears that teams are already looking ahead to put themselves in the best position to win the Bryce Harper sweepstakes.