Brooklyn Nets Are Paying Joe Johnson $4.59 Million To Play For The Miami Heat

At one time, Joe Johnson was actually the highest paid player in the NBA. Not because he was the best, but because his agent did an incredible job talking the Atlanta Hawks into overpaying his client with a six-year, $123.7 million deal. Atlanta traded him to the Brooklyn Nets for a host of players and draft picks, and it now appears that the Nets are essentially paying him to go away.

Johnson was in the last season of his contract with the Nets, and was due $24.9 million for the season. Only Kobe Bryant is making more than him this year. Recently the Nets decided to go ahead and let him go, but only after agreeing on a buyout for his contract.

What does that mean? It pretty much means they are agreeing to pay him to go away.

Buyouts are typically used on guys who were part of trade deals, but the receiving team doesn't actually want, or guys who are not in the long term plans of their current teams. Rather than keep a guy around and pay him his full salary, teams are essentially paying him a portion of it to go away now. Teams do not mind, because they save a little money in the long run. Players don't mind, because they get a chance to go earn another paycheck with someone else. 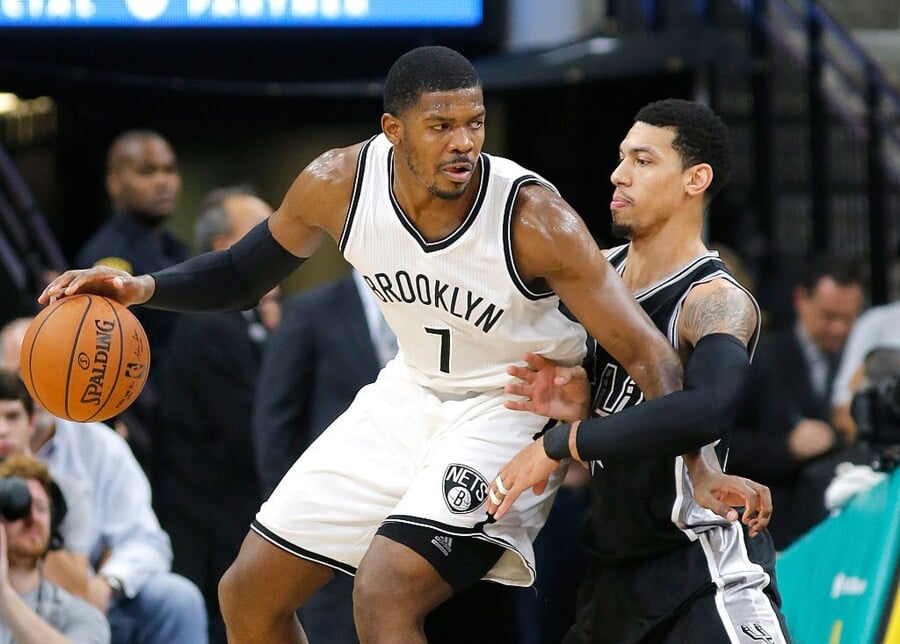 For Joe Johnson it wasn't so much about money, but the chance to sign with a contender. So he gave up $3 million of his salary for the Nets to let him go. Since he had already played in 57 games, Johnson had earned approximately $17.3 million of his salary. Do the math and his buyout comes out to roughly $4.59 million.

What makes this deal interesting, is that the Nets are essentially doing Johnson a favor – either that or they are tanking the rest of the season to enhance their draft position, but that doesn't make sense, since they don't have a first round pick this year.

Johnson was one of the best players the team had on offense. He led the team in minutes per game (33.9) and was fourth in points per game (11.8). So the Nets did not get better by letting Johnson go.

The winner in this deal is Johnson. He is 34 years old and playing in his 15th season. He wants a chance to win a title, and he will certainly would not get a chance anytime soon with the Nets. So the Nets are essentially handing him $4.59 million to go chase a ring.

The Miami Heat (with whom he signed a one-year fully guaranteed deal with for $414,481) doesn't really have a chance to win this season either, but they have a much better shot than do the Nets.