Brock Osweiler Has Once Again Been Paid To Go Away

Brock Osweiler has had a tumultuous year. Seemingly poised to be the successor to Peyton Manning in Denver, Osweiler instead signed a four-year, $72 million contract with the Houston Texans last offseason.

He lasted just one season in Houston, completing 59 percent of his passes and throwing 15 touchdowns and 16 interceptions. Not great numbers by any stretch of the imagination, but it was enough for the Cleveland Browns to take a chance on the quarterback.

They traded for Osweiler this offseason, and the Texans even threw in a couple of draft picks to sweeten the deal. Yet even on a team that has started 26 quarterbacks since 1999, Osweiler couldn't manage to stick around. 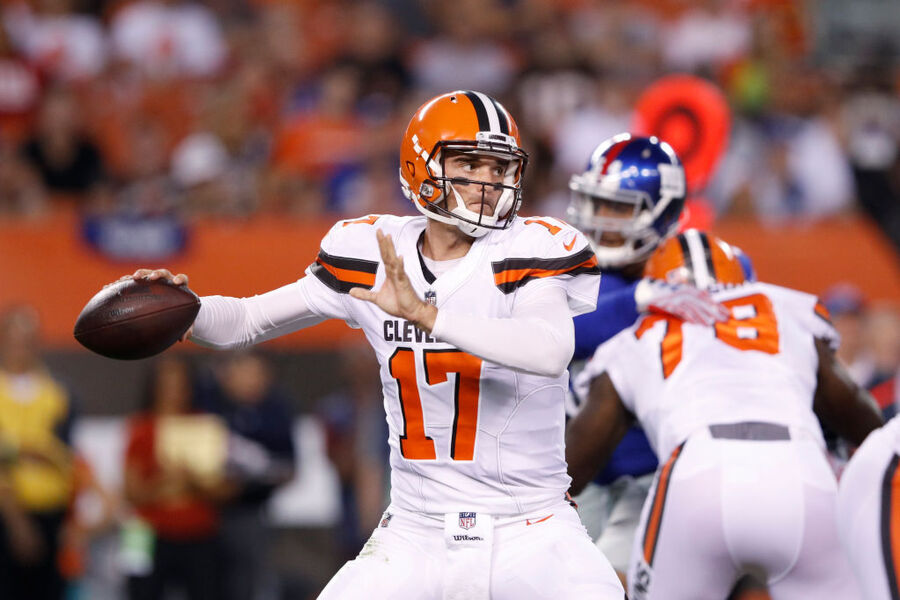 The Browns released Osweiler just before Week 1 after head coach Hue Jackson decided to roll with rookie DeShone Kizer at quarterback. Much like the Texans, who gave up a primo second-round pick in the 2018 draft (plus a sixth-rounder this year) to rid themselves of Osweiler, the Browns are paying Osweiler to go away.

Cleveland could have easily just kept Osweiler on the roster since it would cost the same amount of money as releasing him. Yet they still chose to cut ties with the 26-year-old, who leaves the Browns without ever playing a regular-season game for the franchise.

And ironically enough, Osweiler just signed a contract with his old team, the Denver Broncos. Cleveland will foot $15.2 million of the bill; the Broncos only have to pay Osweiler $775,000.

He'll likely serve as the backup to Trevor Siemian in Denver. It's a role he started growing impatient with during his first run with the franchise, but maybe he's learned a little bit of patience since then.

Either way, Osweiler is still going to make $16 million this season. There are worse things to do than sitting on a bench for $1 million per game.