After a dreadful first half Sunday, the Houston Texans' Brock Osweiler was benched. His backup, Tom Savage, came in and promptly led Houston to a 21-20 comeback win after Osweiler had spotted the Jaguars 13 points.

Because of that, Texans head coach Bill O'Brien named Savage the starter this week. It's particularly noteworthy because Savage is making about 70 times less than Osweiler this season.

Osweiler signed a four-year, $72 million contract with the Texans this offseason, though only two years and $37 million is guaranteed. This year, Osweiler had a $12 million signing bonus, and is set to make $9 million total between his base salary and roster bonus. By comparison, Savage is on the final year of the rookie contract he signed in 2014, which will pay him $300,584 this season.

Savage didn't throw a touchdown pass, but he did go 23-for-36 for 260 yards in relief. Osweiler was 6-for-11 for just 48 yards with two interceptions. 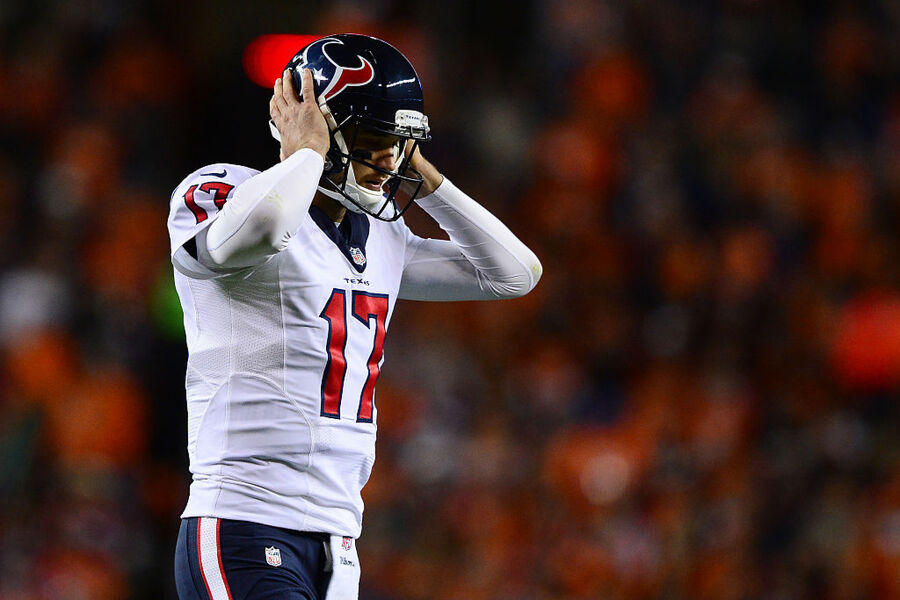 O'Brien made the decision to stick with Savage and announced it early in the week to give his new starting quarterback as much time as possible to prepare for Saturday's game against the Cincinnati Bengals.

We'll see if Savage ends up being the best choice for the Texans. He hasn't played in a regular-season NFL game in more than two years and he sprained his shoulder during a preseason game last year spending the entire season on injured reserve. But after Osweiler's poor performances recently – he's thrown just three touchdowns versus seven interceptions in his past five games while only completing more than 63 percent of his passes once in that span – a change had to happen. 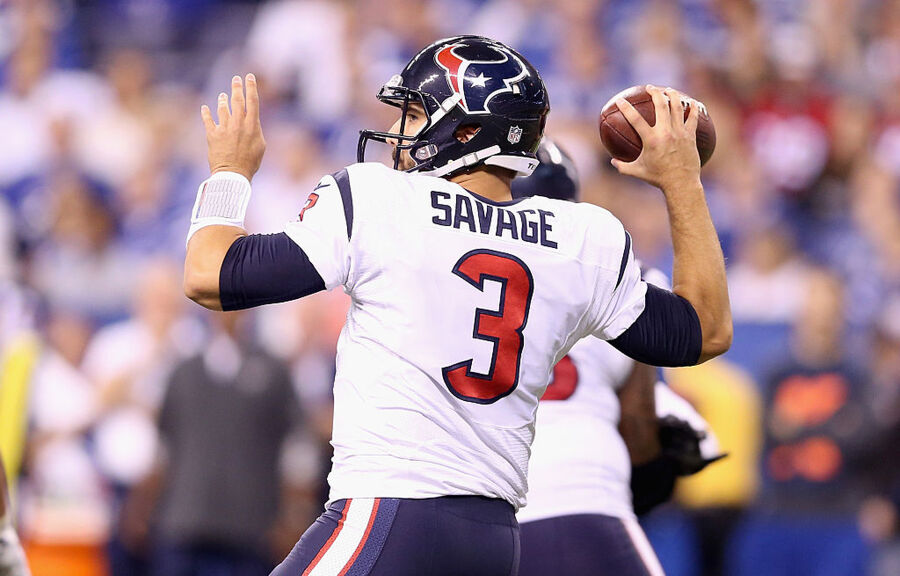 This switch makes Savage the sixth different starting quarterback for the Texans in the past two seasons. They're one of just three teams to have at least five different starters during that span.

After Cincinnati, the Texans play the Tennessee Titans in the final week of the season. Houston is 5-0 in the division, so they hold the tiebreaker, but they'd still be well off to win these final two games in order to make the postseason.

The Texans are hoping a quarterback who has never started an NFL game can get them there.