Brock Osweiler got himself a Super Bowl ring last year with the Denver Broncos. When Peyton Manning finally hung up his cleats, it looked like the Broncos were Osweiler's team for the foreseeable future.

However, soon after the Super Bowl, Osweiler opted to go after big money instead, signing a four-year, $72 million deal with the Houston Texans. It certainly made sense – the Texans were coming off a playoff appearance, were stingy on defense with anchors like J.J. Watt and Jadeveon Clowney, and had some great offensive weapons in DeAndre Hopkins and the newly-acquired Lamar Miller. It seemed like a quarterback, especially one with a Super Bowl ring to his name, might be able to put the team over the hump.

And because football is funny that way, it only took six weeks into the following season before we got to see Osweiler face his former team, on a nationally televised Monday Night Football game, no less. How'd he do? Well, to put it bluntly…he was awful, and the Texans lost to the Broncos 27-9. In fact, Osweiler's 3.2 yards per pass attempt was the third worst in NFL history for any quarterback throwing more than 40 passes during the Super Bowl era. 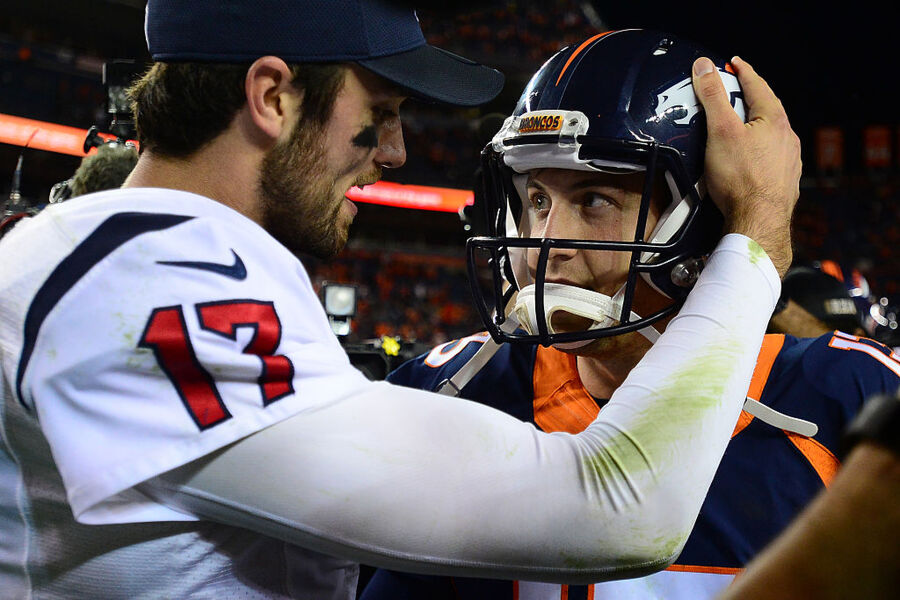 Osweiler was outplayed by his replacement, Trevor Siemian. That's great news for the Broncos, because through six games this year, Siemian has made $216,176. Meanwhile, thanks to a hefty signing bonus, the Texans have already paid Osweiler $18.3 million this year. That's more than 86 times more than Siemian is making.

To add insult to (expensive) injury, Broncos cornerback and typical trash talker Aqib Talib said letting Osweiler go was a "win-win," since it not only saves the team money, but Siemian is an upgrade at quarterback, in Talib's eyes.

Of course, quarterbacks don't actually play against each other. There are a few circumstances that have caused Osweiler to struggle while Siemian has more or less thrived. In the Monday night game in particular, Denver's defense demonstrated that they're far superior, especially since the Texans have had several injuries on that side of the ball, and the front seven was putting so much pressure on Osweiler he barely had any time to throw. It also doesn't help that Houston's offensive line has been subpar, at best, this season.

Even so, Houston is paying a lot of money to a quarterback who hasn't been much better than the franchise has seen before. On the other side, Denver is looking quite smart for investing in someone who, for the time being, is playing with a ton of confidence at an absolute bargain price.