Brian Kelly had a pretty cushy gig at Notre Dame. The 60-year-old coach had taken the Fighting Irish to the BCS National Championship Game in 2013 and led the team to the College Football Playoff in both 2018 and 2020. This year, the Irish are 11-1 with an outside chance to sneak into the playoff, or at the very least, a New Year's Six bowl game.

Yet, Kelly is giving all that up to head to LSU. He took the Tigers job after the departure of former head coach Ed Orgeron. Kelly explained he "wanted to be with the best" and "the standard of expectation" was too alluring for him to turn down.

Of course, a massive new salary will help with any decision, too. As The Athletic's Brody Miller reported, Kelly's contract is quite enticing, complete with a solid base salary and potential for bonuses. 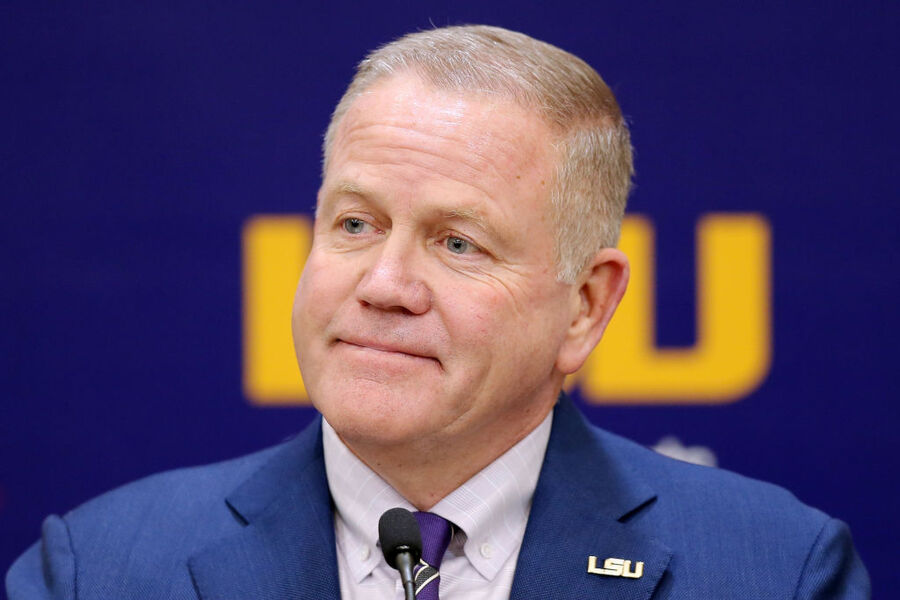 Kelly's official base salary is a mere $400,000, but he's got an annual "supplemental compensation" worth millions of dollars. Per the university's term sheet,  this compensation is an annual rate and is "based on the value of Coach's marketing and promotional services, and name, image, and likeness rights.

There are also bonuses in place. If Kelly wins a national title at LSU, he'll earn an extra $500,000. Should he win a championship, he'll also get paid his remaining salary if he's fired without cause. If he doesn't win a national championship, he'll receive 90 percent of what he's still owed—not a bad deal at all.

We've certainly seen college coaches getting paid a ton to stop coaching. It's possible Kelly runs into trouble in the grind of the SEC, which will now be welcoming Oklahoma and Texas among its ranks. Even if he does, he's comforted knowing he'll still make most—if not all—of his remaining salary.

Kelly probably doesn't care about any of that, though. After all, he's got a new job to get ready for—one that's going to pay him extremely well.