Bradley Beal Opted Out Of His Contract, Which Means He's About To Get PAID

It's been incredibly lucrative to be a starting guard for the Washington Wizards the past few years. John Wall scored a four-year, $170 million from the team in 2017 that started in 2019 and appeared in a grand total of zero games for the Wizards once that contract actually began. Bradley Beal signed a five-year, $127 million extension back in 2016 and a $72 million deal that started last year. Now, Beal is in line for a massive extension that could be worth nearly a quarter of a billion dollars.

Beal has declined his $36.4 million player option for the 2022-23 season. That move gives him basically two options: he can either re-sign with the Wizards on a five-year extension or join a new team on a four-year contract. In both scenarios, Beal will earn a ton of money.

If he joins a new team, Beal can sign for four years and $184 million. But if he stays with the Wizards, he can ink a five-year, $248 million deal, including $56.4 million in fully guaranteed money during the final year of the contract, which would be the 2026-27 season. Both the overall contract value and that final year's salary would be NBA records. 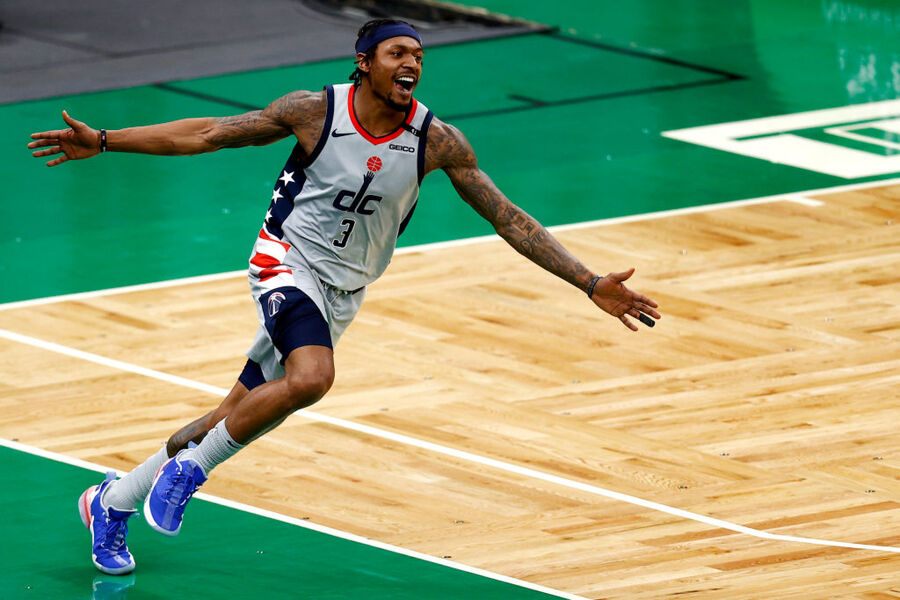 Beal, who just turned 29, has spent his entire ten-year career with the Wizards. The team selected him with the third pick of the 2012 draft and he's already set the franchise record for the most three-pointers made and attempted. He's also made three All-Star teams and earned All-NBA Third Team honors during the 2020-21 season, but played in only 40 games last year after suffering a wrist injury.

Financially, staying with the Wizards is a no-brainer. No other team can offer more money, and the security of a fifth year is very appealing. As John Robbins of The Athletic notes, if Beal takes the four-year deal, he will be 33 years old by the time he hits free agency again. It's unlikely he'd make more than $56.4 million at that stage of his career.

But Beal might also be interested in joining a contender. The Wizards have struggled to maintain any kind of positive momentum, failing to reach the playoffs in three of the past five seasons and not getting out of the first round the other two. If Beal decides he's had enough in Washington, he could take a (relative) pay cut to move to a team that's closer to winning a championship.

Either way, Beal is about to have a huge payday. And that's a great position to be in.