Bradley Beal has spent his entire 10-year career with the Washington Wizards. That includes three All-Star appearances and one selection to the All-NBA Third Team during the 2020-21 season. Though his name has often been linked to trade rumors, Beal just set the record straight: he's staying in Washington for the foreseeable future.

The 29-year-old turned down his player option for next season, which was worth $36.4 million. Instead, he signed one of the largest deals in NBA history as free agency began. Beal will make $251 million over the next five years, including a whopping $57.1 million in the final year of the deal. 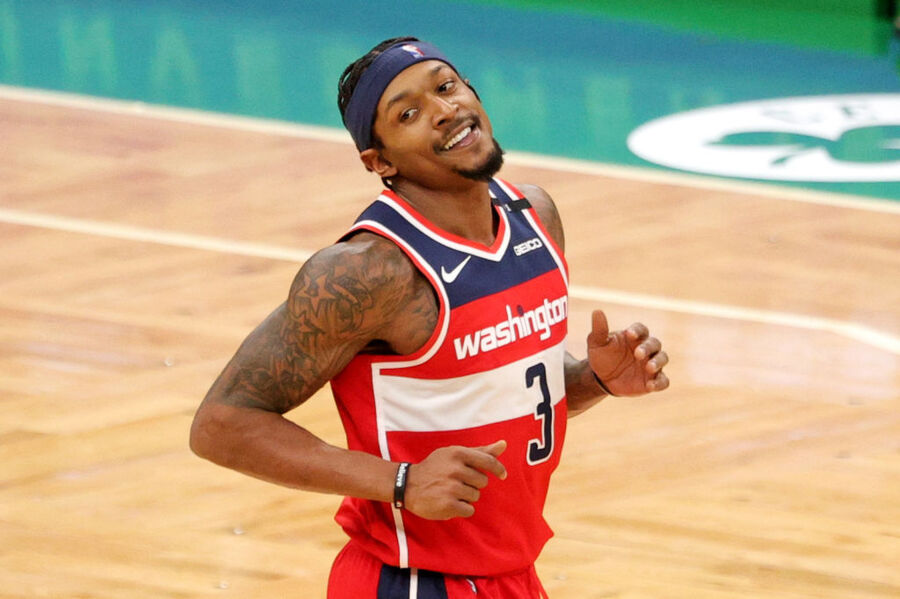 Before this offseason, no NBA player had ever signed a deal worth more than a quarter of a billion dollars. On the first day of free agency, two already have reached that amount: Beal and Nikola Jokic, who signed a record-setting five-year, $264 million contract to stay with the Denver Nuggets.

Beal only played in 40 games for the Wizards last year before suffering a wrist injury that required season-ending surgery. Before the injury, Beal averaged 23.2 points, 4.7 rebounds, and 6.6 assists. He's the Wizards' all-time career leader in both three-point makes and attempts.

The Wizards will now look to build around Beal over the next few seasons. They've missed the playoffs in three of the five previous years, and in both of the years they've reached the postseason, they haven't made it out of the first round.

They've already added guard Delon Wright in free agency and will sign first-round draft pick Johnny Davis. The Wizards also acquired Kristaps Porzingis from the Dallas Mavericks in a trade last season. He hasn't yet played a game with Beal, so the Wizards still don't know what that duo will look like.

It's a lot of money to commit to a single player, but the Wizards believe Beal can be a star for the next several years. If he can deliver a long-awaited championship, he'll be worth every penny.