Manny Pacquiao's Final Fight Was Such A Dud, It's Going To LOSE Money

Manny Pacquiao wanted to end his career with a nice win against Timothy Bradley, and as far as the score cards were concerned, he did just that. It was another easy, unanimous decision. His promoter, Bob Arum, wanted him to go out with a bang as well, but one of a different sort.

He hoped Pacquiao's final fight would turn a nice profit. There was no way it would come anywhere close to the kind of pay-per-view numbers the Mayweather fight generated ($410 million in pay-per-view revenue). Since it was the final fight of one of the greatest fighters of the modern era, there was certainly reason to hope the numbers would be pretty good.

As it turns out, they were not.

The final numbers have not been released yet, but Arum recently shared the range in which he expects they will fall. It was far from impressive. Arum explained:

Should that be the case, with the main event alone costing $26 million (Pacquiao was guaranteed $20 million and Bradley $6 million), Arum says the fight card will lose money. Purses for the rest of the fighters on the card totaled a little over $1 million 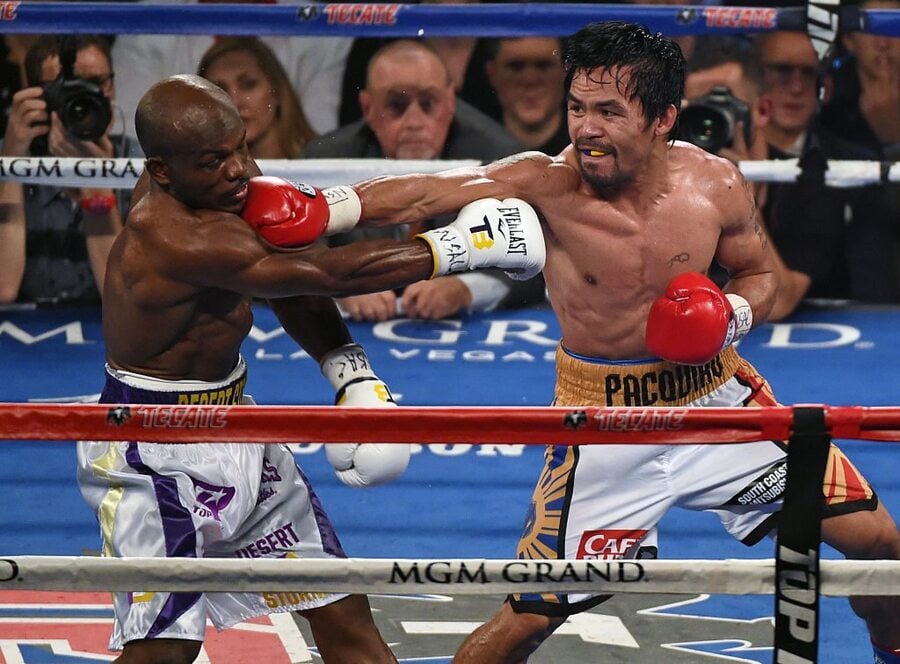 "Yes, it loses money," Arum said. "It was not one of our big successes. It happens. We're big boys. Do I feel good about it? No."

Some think Arum is being optimistic with his range, and that the final numbers may not even reach 400,000. Working with that range, the total of pay-per-view revenue should fall somewhere between $24 million and $35 million (the retail price was $60 for SD and $70 for HD).

The attendance numbers announced at the fight were 14,665, but according to the Nevada State Athletic Commission's records, there was a paid attendance of just 13,406 – which produced $6,411,584 in revenue at the gate. It was the worst gate for a Pacquiao fight in Las Vegas, since he recorded a TKO against David Diaz in 2008 (before he became a superstar).

Assuming the PPV numbers reach at least 400,000, the fight will have generated a minimum of $30 million. Subtract $27 million for the fighters, and there isn't much left for the venue and to cover expenses. Many within the industry are not surprised that the numbers are as poor as they are. Boxing fans had hoped Pacquiao would have chosen a different opponent – and a tougher one – for his final fight. When he went with Bradley for the third time, fans were disappointed.

Pacquiao-Bradly 3 simply didn't generate a lot of interest, or revenue, but Arum doesn't think the problem was Pacquiao's choice of opponents. He credits the poor numbers as payback for when Pacquiao referred to homosexuals as being "worse than animals" and the lackluster Mayweather fight (and the $100 PPV price tag for it).