The San Francisco Giants just signed third baseman Pablo Sandoval to a minor league deal. Sandoval joins the Giants for the second time, having previously played for the franchise from 2008 to 2014, winning three World Series rings along the way.

A few days ago, Sandoval was released by the Boston Red Sox, who signed him to a five-year, $95 million deal in 2015.

Some quick math shows that 2015 to 2017 is not five years. That means the Red Sox are still on the hook for $48.65 million of Sandoval's salary. That includes the remainder of his salary and a $5 million buyout. It's the second largest buyout in league history, behind Josh Hamilton's $68 million. 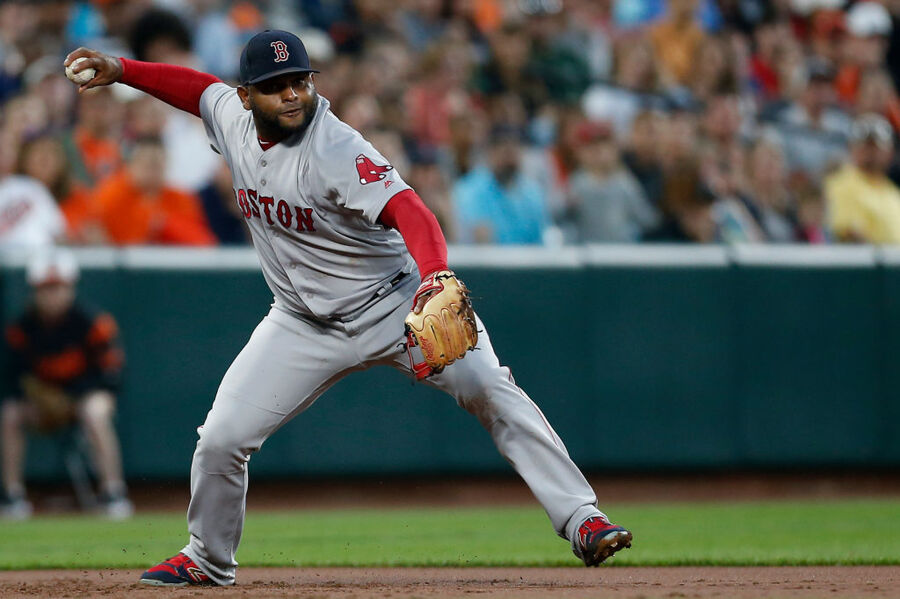 Sandoval's salary still counts against the luxury tax threshold, but the Red Sox owe a bit less, now that Sandoval has signed with another team.

While in Boston, Sandoval struggled mightily. He barely broke .200 this season and only had seven at-bats last year before getting shoulder surgery. He also was left in Class AAA Pawtucket for much longer than he anticipated, which was the start of bad blood between team and player.

They also invested $72.5 million in Rusney Castillo, a Cuban outfielder who hasn't played a major league game in more than a year. The team still owes Castillo nearly $50 million even though he likely will be traded without ever suiting up for the Red Sox again.

Will Sandoval bounce back to his peak playing days in San Francisco? We'll have to see, but either way, the "Kung Fu Panda" is going to make a ton of money.