Of all the players selected in the 2019 NBA Draft, nobody had a tougher night than Bol Bol. The center, son of former NBA player Manute Bol, was one of 24 players invited to attend the draft in person. He was rocking a cool spider-esque suit, surrounded by family and friends.

Commissioner Adam Silver came out 30 times in the first round, calling 30 names that weren't Bol Bol. Then deputy commissioner Mark Tatum walked to the podium to start the second round. Nearly halfway through the round, the Miami Heat finally took Bol with the 44th pick. They then immediately traded him to the Denver Nuggets.

Not only did Bol have to sit in a packed room, growing increasingly more nervous with each name called, but he also lost out on a ton of potential money.

Per NBADraft.net, Bol was the consensus 13th pick, coincidentally enough going to the Heat. NBA first-round picks sign contracts based on a sliding scale. The first overall pick gets the most money, the second overall pick makes a bit less, and so on all the way down to pick number 30.

If Bol had gone 13th to Miami, his rookie contract would be for $9,543,500 over his first three seasons. The Heat could have then exercised a team option that would pay Bol nearly $4.8 million in year four. And if they wanted to, they could then extend a qualifying offer in his fifth season, worth a bit under $6.6 million. 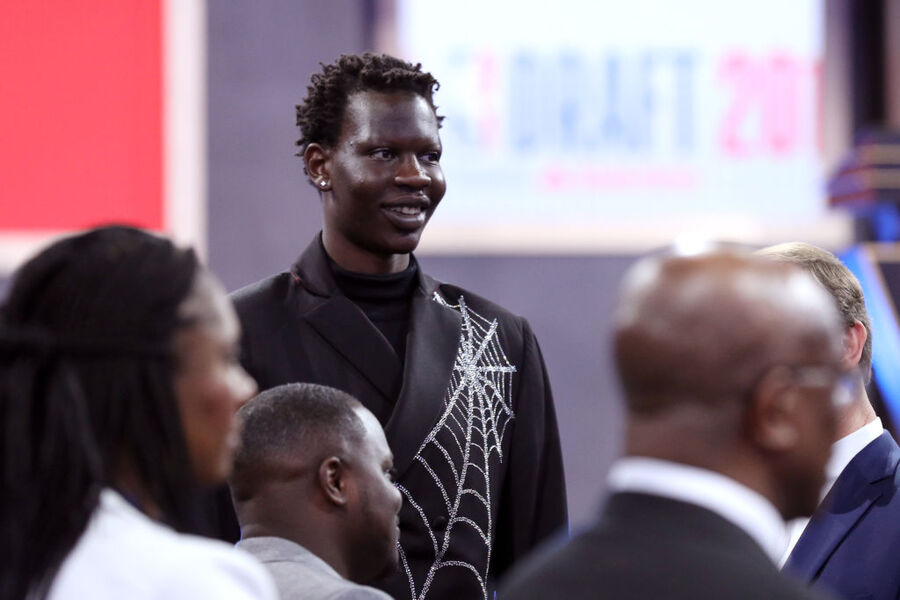 But wait – it gets even more interesting.

Rookies can actually earn up to 120 percent of the sliding scale their first three seasons. Since the team option and qualifying offers are based off the third and fourth season salaries, respectively, those would also increase.

If the Heat paid Bol 120 percent of his draft spot's salary, he would then earn $11,452,200 in his first three seasons. Accounting for the team option and qualifying offers, he'd make $25,070,840 over his first five years – a little more than five million per season. Not too shabby!

Instead, Bol isn't even guaranteed a contract. Several second rounders end up with G-League contracts or play overseas. And there's no salary scale like with first rounders, so Bol will get whatever the Nuggets feel he's worth.

Using last year's draft as an example, the 44th pick (Isuuf Sanon) is currently playing in a Slovenian league. But we can look at players around that selection. Both Detroit's Bruce Brown (the 42nd pick) and Oklahoma City's Hamadou Diallo (the 45th pick) signed three-year deals worth $3.92 million.

Next year's salary cap will rise from $101.9 million to $109 million, meaning teams will have more money to play with. Even if we give Bol a nearly seven percent raise to adjust for the higher cap, he'd still make only $4,193,130 in his first three seasons. That's more than $7 million he's missing out on, and potentially up to about $21 million!

Of course, if Bol does play well, he can also get to free agency earlier. Since teams aren't usually willing to bet long-term on second-round picks, Bol will most likely become an unrestricted free agent after his third season – two years earlier than lottery picks like Zion Williamson and Ja Morant.

Either way, Bol is happy to be in the NBA. And now, he'll begin his quest to "prove everyone wrong" and make teams regret passing on him.