When Troy Tulowitzki was traded from the Rockies to the Blue Jays last month, he was dealt along with LaTroy Hawkins. That prompted many a baseball fan to say "LaTroy Hawkins is still in the league?!" After all, this is a guy who appeared in the original "Major League Baseball featuring Ken Griffey Jr." game on the Nintendo 64, and that game came out in 1998.

The 42-year-old Hawkins is actually in his 21st season in the league, though he has said 2015 is going to be his final one. But being around for so long has its benefits; most notably, with a save against the Twins this week, Hawkins not only closed out a game versus the team that drafted him, he has now saved a game against every team in the major leagues. He's just one of 13 pitchers to do that, joining Rick Aguilera, Armando Benitez, Brian Fuentes, Kevin Gregg, Jason Isringhausen, Jose Mesa, Jonathan Papelbon, Rafael Soriano, Huston Street, Ugueth Urbina, Jose Valverde and Bob Wickman. 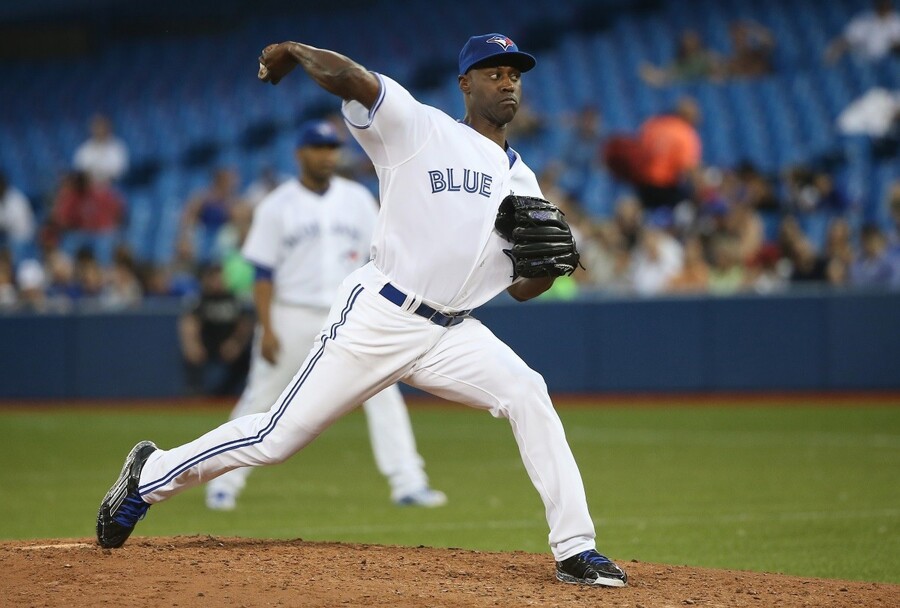 Hawkins' history-setting night didn't stop there, though. He became the oldest player in Blue Jays' history to record a save, and he joins just three other pitchers who have saved a game for eight different teams.

Perhaps most notable about this accomplishment is that Hawkins hasn't really been a closer his whole career. He's only recorded more than 20 saves three times, peaking in 2001 when he had 28 saves with the Twins. In fact, he only has 127 throughout his 21 years in the bigs, good for 103rd all-time.

But Hawkins, who can still hit 95 mph with his fastball, has always been a consistently productive pitcher, and has developed a nice little nest egg from his time in the majors. He's making $2.25 million this year, and if he really does retire once this season is over, he'll have accumulated a career salary of just under $47.5 million. He's done this without ever making more than $4.5 million in a year, and without ever finishing in the Top 10 in any major statistical pitching category.

Hawkins began his career in Minnesota, spending nine years with the Twins. He made all 98 of his career starts in his first five seasons; he switched to the team's closer in 2000 and recorded 44 saves before signing with the Cubs in 2004. He's never been a part of any other team for more than two seasons at a time, appearing with San Francisco, Baltimore, Colorado, the Yankees, Houston (when they were in the National League), Milwaukee, the Angels, Mets, back with the Rockies, and now finally the Blue Jays.

With 28 more strikeouts, he could reach 1,000 for his career. That's unlikely to happen, but at the end of the season, Hawkins can look back and see that he's played professional baseball for half of his life. And that's not a bad way to live.