Blake Griffin Agrees To A Deal With Brooklyn Nets

The Brooklyn Nets already have an impressively stacked lineup. By just about any metric, Kevin Durant, Kyrie Irving, and James Harden are all among the NBA's top 20 players. The Nets also have solid rotational players in DeAndre Jordan, Joe Harris, and Spencer Dinwiddie. And now, the team just added even more firepower to its roster.

The Nets agreed to a deal with power forward Blake Griffin for the rest of the season. The Nets will use one of its veteran's minimum slots to complete the deal. Because the team will be in the luxury tax next season, it can offer a maximum of $5.9 million to Griffin.

Griffin, who agreed to a buyout with the Pistons, will also receive $29.8 million from his former team next year. Griffin had been playing in Detroit since 2018, less than a season after signing a five-year, $170 million extension with the Los Angeles Clippers. 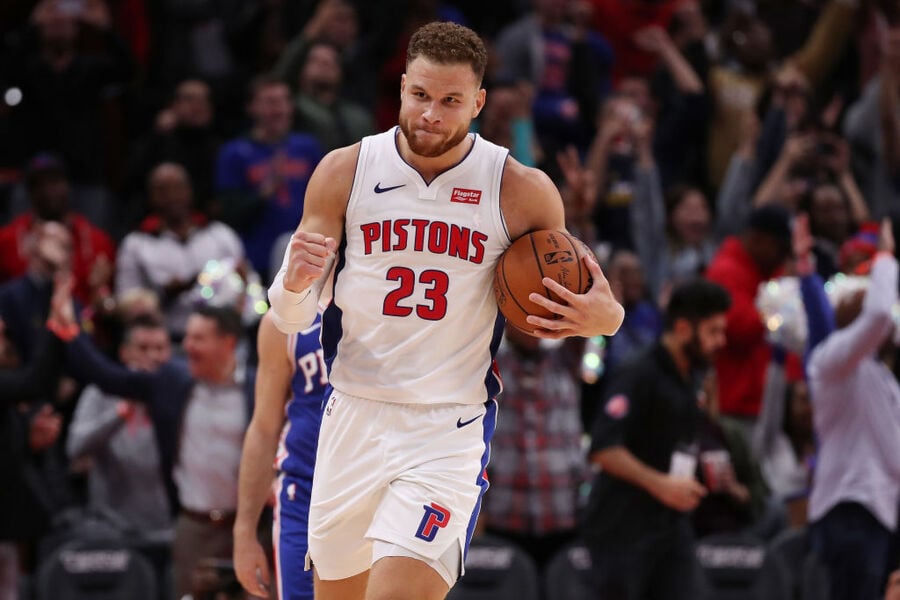 Thanks to a slew of injuries, the former Rookie of the Year has had to dramatically adjust his playing style. He's no longer the same high flyer that once dunked over a Kia in the Slam Dunk Contest.

In fact, Griffin hasn't dunked during a game since 2019. Instead, he's developed a three-point shot and spends more of his time out on the perimeter.

Per ESPN's Adrian Wojnarowski, the Nets will plan to use Griffin as a small-ball center. And he's reuniting with his former teammate in Griffin.

In 20 games this year with the Pistons, Griffin averaged 12.3 rebounds, 5.2 rebounds, and 3.9 assists. The Pistons are in the midst of a rebuild and agreed to release Griffin so he could join a contender.

The Nets certainly qualify. And despite being past his prime, Griffin should still be able to contribute. Who knows? We may even see him catch a lob and slam a dunk or two home.