Last season, Bill Self and the Kansas Jayhawks saw their 2020-21 hopes sputter to an end with an embarrassing the second round loss in the NCAA Tournament. Despite suffering its worst tournament loss ever, an 85-51 beatdown at the hands of the USC Trojans, the Jayhawks still decided to double down on Bill Self.

In theory, it's a lifetime contract. In practice, it's a five-year rolling agreement that automatically adds one year when each season ends. As long as Kansas continues to perform at a high level, Self will remain in charge.

The timing of the deal was curious. Beyond the announcement in the shadow of the Final Four, it came on the same day Arizona fired Sean Miller. And the Jayhawks were still without an athletic director, so it seemed a bit odd they'd re-sign their coach first (the Jayhawks have since signed former Northwestern administrator Travis Goff to the AD position).

And now that they are about to face off against UNC in the NCAA finals, Kansas must be feeling pretty good about their decision to stick with Self. 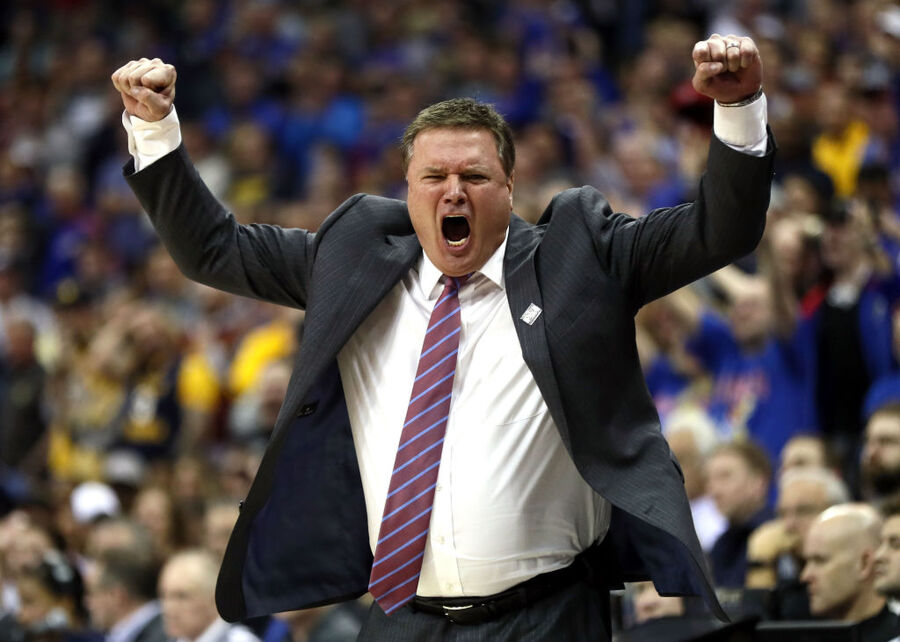 Kansas shared a redacted version of the contract, and it contains a few interesting elements. For every year beyond the initial five, Self will get a $2.5 million retention bonus. And the $7.2 million he's already owed from his old deal will be paid out over the next six years.

If the Jayhawks decide to fire Self at any point, they would only owe him one year's salary of $5.41 million.

Bill Self has coached the Jayhawks for 19 seasons. Kansas won the title in 2008 and has won the Big 12 title 15 times during his tenure. He joins Kentucky's John Calipari as men's basketball coaches who have signed lifetime deals with their schools. Calipari and Kentucky agreed to a lifetime contract in April of 2019.