The Biggest Bargains In The NBA

The average NBA player makes a little less than $5 million a year. Whether you're a perennial All-Star or someone riding the bench, you're making a good chunk of change simply for being on an NBA roster. In fact, the minimum salary this year is still more than $525,000.

But certain players are comparatively much bigger bargains than some of their counterparts. These are guys who are either contributing on the cheap, grossly outperforming what appeared to be a fair salary when they signed it, or may be the missing piece for a team to bring home a championship. Here are the ten biggest bargains in the NBA, not counting players still on their rookie contracts.

David West took the ultimate bargain this off-season, declining a player option with the Pacers that would have paid him about $10 million more than what he's making with the Spurs. And sure, he had a down year in Indiana, averaging just about 11 points and seven rebounds a game. But he's still a starting-caliber power forward who will be coming off the bench, providing crucial minutes of rest to Tim Duncan and LaMarcus Aldridge. Few teams have more than a couple key pieces coming off the bench. The Spurs have an entire starting lineup waiting to spell the actual starters. West is a big reason why.

This won't be an entire list of Spurs, promise. But the reality is that they've built an incredibly strong roster because veterans like West and Duncan have volunteered to take pay cuts to bring in other players. Duncan's an absolute steal on his two-year, $10.6 million deal, because he's still playing at an All-Star level. This past season, he averaged more than 17 points and 11 boards per 36 minutes. He's 38 years old, but aside from playing fewer minutes per game, he's still the same ol' reliable Timmy D he has always been. 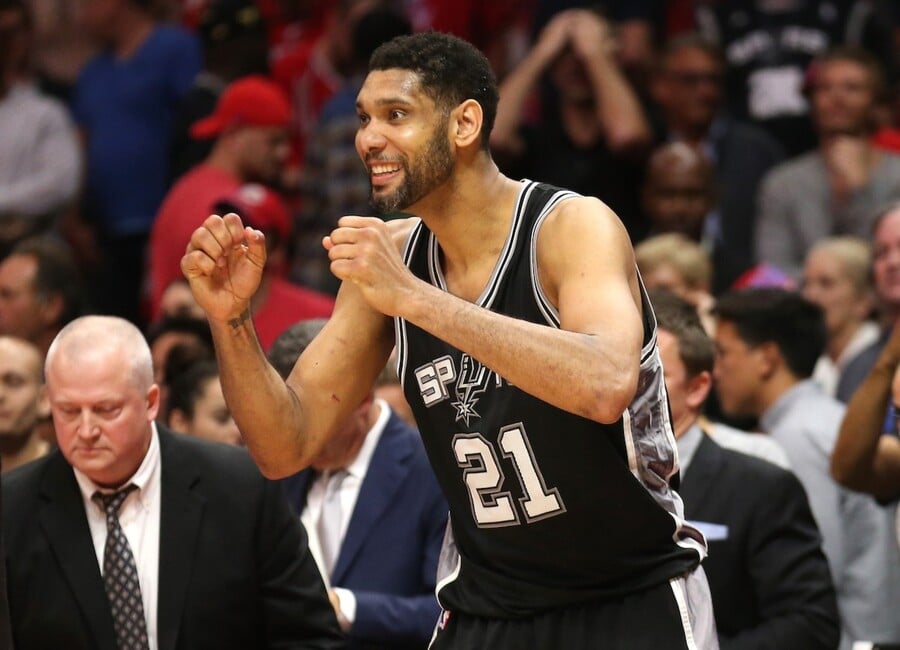 Whiteside actually has a higher offensive AND defensive rating per 100 possessions than Duncan. After scoring just 29 points in his first four years after entering the league, he exploded onto the scene for the Heat last season, averaging a double-double in 48 games despite not even reaching 24 minutes per contest. Barring an injury or complete decline this season, he'll command a huge salary next year, but for now, he's an incredible bargain in Miami.

For several seasons, Mozgov's career-defining moment came when he was a member of the New York Knicks, and made an ill-fated attempt to stuff a Blake Griffin dunk. That did not end well, and Mozgov became a household name, simply because he was the unlucky victim of a Griffin posterization. But he's remade his career in Cleveland, and was a key contributing member of the Cavs' run to the Finals last year. At 79% from the line, he's also a very solid free throw shooter, which is something most big men can't lay claim to.

Last off-season, entering his first year as a full-time starter, Morris inked a four-year, $32 million contract with the Suns. That's a pretty good deal for someone who's seen his points, rebounds, and assists go up every year since entering the league. He's also a capable three-point shooter, though he's displayed the propensity to swallow possessions, dribbling way too much before taking awkward turnaround shots in the post. The most concerning thing for the Suns is Morris's offcourt issues–he was fined $10,000 for publicly demanding a trade this off-season, and he's been kind of pouty since the Suns shipped away his twin brother, Marcus. By the time this contract ends, it will probably look like a bargain, but Morris is also quite likely to be on a different team.

One of the quietest stars in the league, Horford helped anchor the surprising Hawks team last year that finished with 60 wins. It was he who hit the game-winning shot in Game 5 against the Wizards, leading to a trip to the Eastern Conference Finals. He's not afraid to take a big shot, is particularly adept at 18-footers, and is one of the better passing bigs in the league, averaging more than three per game last year. His biggest concern is his health; but when he's not nursing an injury, he's among the elite centers in the league. 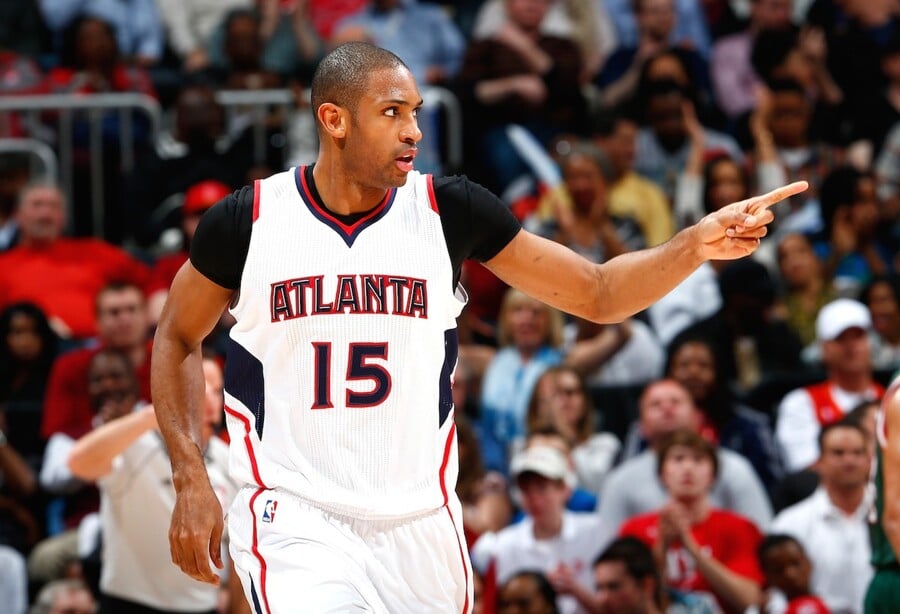 One of the more underrated point guards in the league, Conley's five-year, $40 million salary is quite modest by any standards. He's a fairly decent outside shooter, his command of the floor is top-notch, and his durability is unquestioned. Remember when he broke his face during the playoffs? That's an injury that would keep most of us sidelined (and probably in bed with an ice pack) for at least a month, if not longer. Conley was back within a week.

Kevin Durant and Russell Westbrook get the headlines in Oklahoma City, but Ibaka is the wheel that keeps everything moving efficiently. He's single-handedly masking center Enes Kanter's horrible deficiency in the defensive post, and it's shown, as he's made the NBA All-Defensive Team three times. In both 2012 and 2013, he led the league in blocked shots, because he is an absolute behemoth at helping along the weakside. Few guys can pick-and-pop like Ibaka does–he's similarly effective at both midrange jumpers and three pointers.

It seems silly to think someone making max money could be a bargain. But considering the amount of money LeBron has brought into both the Cavs organization as well as the city of Cleveland since his return–not to mention turning the team from perennial lottery finisher to the league's runner-up in one season–his contract could be double what it is and it would still be well worth it for the Cavs.

Curry is the reigning MVP of the league, and fresh off the city's first basketball championship in 40 years, and he isn't even the highest-paid player on his own team, on a very modest four-year, $44 million contract. He also holds the record for most three pointers made in a season, and may quite possibly be the best shooter in NBA history. Oh, he's only 26 years old, too. Throw in a precious young daughter who takes over his press conferences, and Curry's value to the franchise is worth way more than what he's being paid.