A generation of sports fans has known no place other than ESPN to go to for their sports watching needs. SportsCenter has become a staple for the viewing habits of millions. Aside from the sportscaster on their local news channel, it's all they've ever known when it comes to sports news. However, there is a chance that could all change in the near future.

Unless they figure out how to increase revenue, the worldwide leader in sports may have no choice but to back away from some projects, effectively opening the door for Fox Sports and any newcomers to step in.

Recent weeks have seen ESPN say goodbye to many of their more high-profile personalities. In most cases, their contracts were up, and rather than continue to pay them millions, the company opted to let them go. The company has recently been forced to lay off hundreds of workers, as well.

So change has already occurred, and there is a good chance more could be on the way. Back in July, word spread across the Internet that ESPN President, John Skipper, has been tasked with figuring out how to cut $100 million off of next year's budget and another $250 million in 2017. With the rights to broadcasts certain events rising and more and more people "cutting the cable cord" and getting their sports news and games elsewhere, the company could soon find itself having to deal with a serious financial hole. 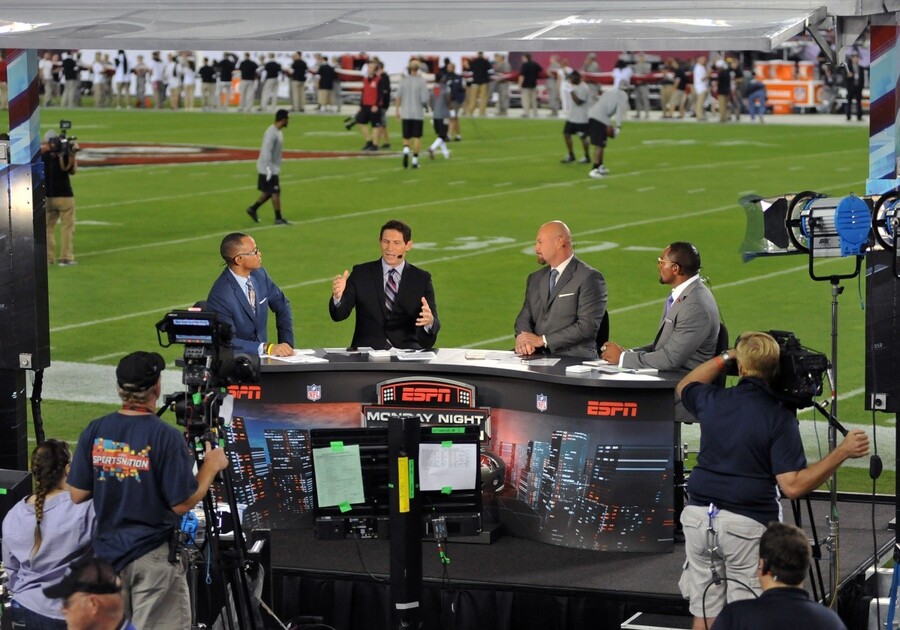 ESPN pays the NFL $1.9 billion a year just to broadcast Monday Night Football. When the newest contract kicks in, they will be paying the NBA $1.4 billion a year; an increase of 186 percent over the previous expenditure ($485 million a year). The rights to broadcast the College Football Playoffs will cost the network $608 million – for just seven games!

In total, ESPN is going to be paying an additional $2.8 billion in rights fees in their new deals. That money has to come from somewhere, and it certainly isn't coming from cable subscribers. According to some estimates, ESPN has lost 8.5 million subscribers over the last four and a half years. At $6.61 a subscriber (which is the highest by far for an individual channel), that amounts to about $612 million in lost revenue each year.

Between an increase in rights fees and lost revenue, the network needs to figure out how to come up with roughly $3.4 billion. With the Big Ten Network due for a new deal in the near future, that number is only going to go up.

So – what does this mean for sports fans? ESPN has already started doing fewer live broadcasts, gave up the rights to the British Open a year early, and has lost the World Cup to Fox Sports. So for sports fans, it means little right now.

So don't be surprised if your cable bill goes up a few dollars in the near future. If not, to watch your favorite team play, you might have to change the channel.