Baron Davis Is Eyeing A Return To The NBA – But How Much Of A Pay Cut Will He Have To Take?

Baron Davis was one of the more colorful guards in the NBA: the two-time All-Star has dabbled in acting, has Rollerbladed around a city, and always seemed like he had something great to say during postgame press conferences. He also has one of the most memorable dunks in playoff history, and was the face of both the Charlotte/New Orleans Hornets, and particularly the Golden State Warriors, where he spent four years as the starting point guard.

Our final oncourt memory of Davis came in 2012, when he tore his ACL and MCL while playing with the New York Knicks. He had to be carted off, and even then, the buzz around the league was that he had played his final game.

Well, maybe we should hold off on writing his eulogy. Davis, now 36, recently worked out with the Texas Legends, the Dallas Mavericks' D-League affiliate. The Legends have been known to give older veterans a roster spot, and Davis plans to sign a contract with the D-League soon. 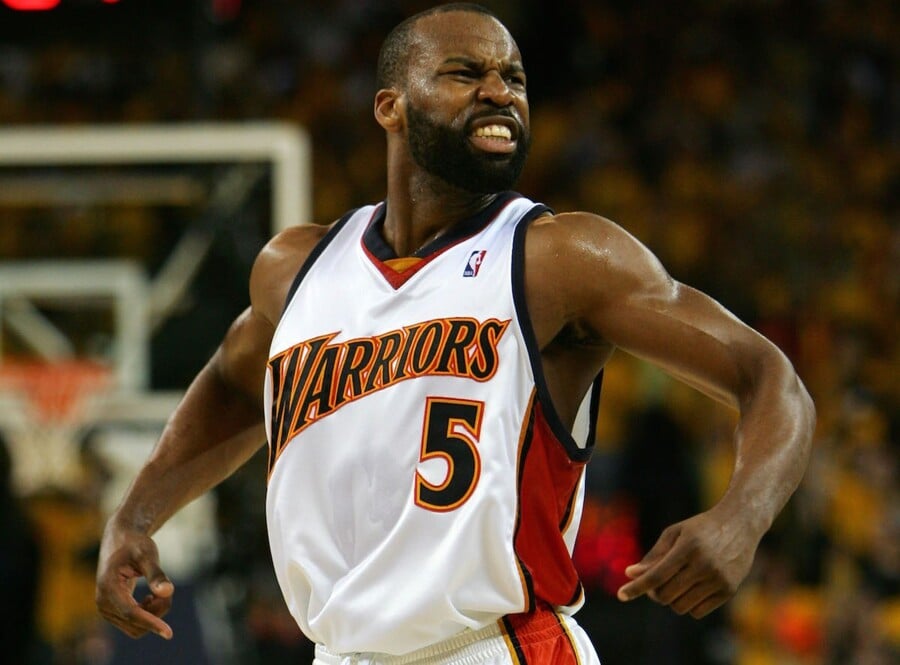 Once he signs that contract, he'll enter the pool of available free agents. As of Tuesday night, the waiver preference order for the D-League was Austin (the Spurs' affiliate), Delaware (the 76ers' affiliate), Texas, Fort Wayne (the Pacers' affiliate), and Westchester (the Knicks' affiliate).

Outside of his acting pursuits, which included producing a documentary about the Drew League Pro-Am in Los Angeles, Davis has been training with former NBA assistant and player development coach, Rico Hines, for the past two years. Davis also played competitively in the Drew League over the summer. He's not content with how his last game ended, and believes he can contribute solid minutes for a team.

We'll have to see which of those teams takes a shot on him, but there is one thing we know for sure: Davis isn't doing this for the money. His D-League contract will range anywhere from $13,000 to $25,000.