Spanish soccer powerhouse Barcelona, or Barca, is officially opening up shop in the United States.

The club, which holds two consecutive La Liga titles, wants to make its U.S. presence more substantial in order to gain more attention from sponsors and increase revenue. The goal, according to the squad's chief revenue officer Francesco Calvo, is to jump 46% from $753 million in revenue this year to over $1 billion by the year 2021.

Part of the goal of placing a strategic office in the U.S. is to learn from U.S. sports programs and leagues. "The sports industry in this country is number one, without a doubt," said club president Josep Bartomeu, "and clearly one of the focuses in this office is to learn from this country." 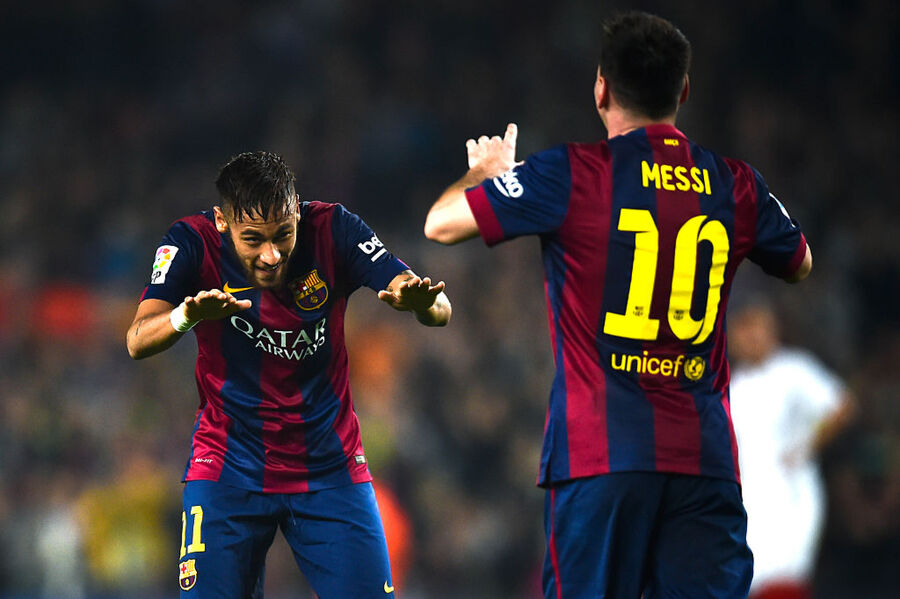 So far, American companies Nike, Gatorade, Gillette, and Black and Decker already have deals in place with Barca, and with Lionel Messi and Neymar on the team, it won't be hard to find more sponsors. Messi is certainly one of the most recognizable names in all of sports, and he's the second highest payed footballer in the world behind Real Madrid's Cristiano Ronaldo.

Barcelona has won the Champions league four times and the Spanish league eight times with Messi leading the charge, and it doesn't look like they'll slow down anytime soon. They're a soccer powerhouse and a money-making machine. With the growing popularity of the sport in the United States, opening up a New York office is a business stroke of brilliance from Barcelona, and other teams are sure to follow. In fact, German squad Bayern Munich actually beat the Spanish club to the spot.

Right now, Barcelona is worth a whopping $3.5 billion, barely behind Real Madrid at $3.6 billion. With the possibility of an upcoming onslaught of American corporate sponsors, Barca may be able to catch its Spanish rival shortly.