How Baltimore Ravens Owner Steve Bisciotti Made His $2.6 Billion Fortune

By Travis Pulver on October 6, 2015 in Articles › Sports News

When many of the original NFL teams were founded, it did not take a fortune for someone to buy one like it does now. When Art Rooney founded the Pittsburgh Steelers in 1933, it only cost him $2,500. Fast forward to 2015, and the team is now worth over $1 billion. If that was all it cost to own one now the NFL would have a couple hundred teams in it (at least).

It takes a small fortune to buy into an NFL team nowadays, but if you have one you can afford to part with they are still one heck of an investment. Just ask Baltimore Ravens owner, Steve Bisciotti. 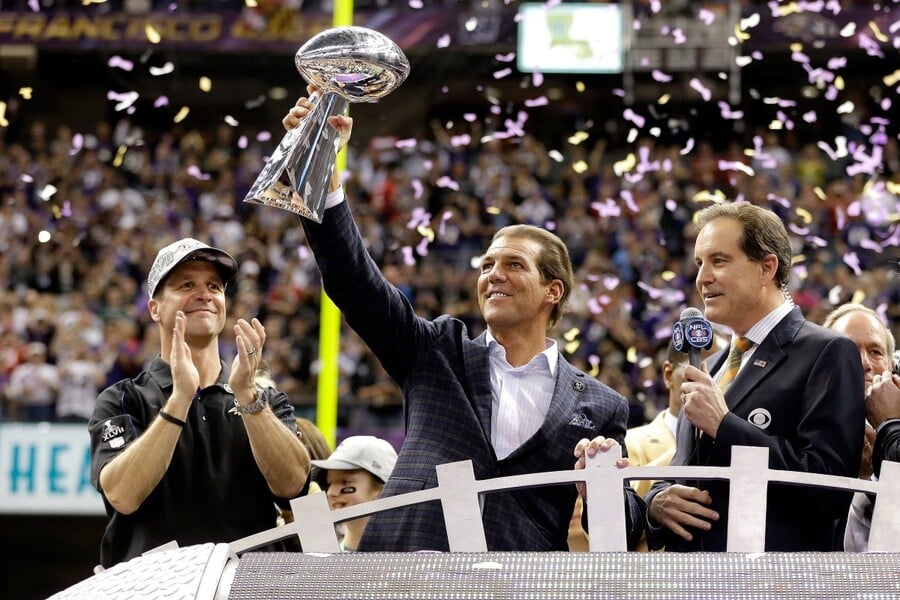 When Bisciotti purchased a 49 percent stake of the Ravens on March 27, 2000, he made sure to include a provision that would allow him to buy the remaining 51 percent for $325 million in 2004 (which he did). In total, he ended up spending $600 million to buy a team that is now worth more than $1.9 billion.

Not bad right? So how did a guy that grew up in a working class Italian-American family come to have that kind of money?

It all started back in 1982 when he and his cousin, Jim Davis, took $3500 and founded Aerotek a staffing company that specialized in the aerospace and technology industries. They ran it out of a basement office, and in their first year generated $1.5 million in sales.

The company expanded its services and grew over the years, eventually becoming the Allegis Group. It is now the largest privately held staffing firm in the United States and the fourth largest in the world. According to the company website it is now involved in finding staffing solutions for those in need of:

So, basically, he made the fortune that allowed him to buy the Baltimore Ravens by helping smart people get jobs. As for his current $2.6 billion fortune…

With the company providing staffing solutions out of 300 offices around the world, and the Ravens increasing in value from $544 million when he bought it in 2000 to $1.93 billion in 2015, it is probably safe to say he made his fortune by being a very good businessman.