Teams have made it a practice to load the back end of contracts pretty heavily. It gives the impression the team is paying a player a lot of money, when, in reality, there is a very good chance he will never make it to the back end – and most expensive end – of the contract. The Baltimore Ravens certainly did that with the six-year, $120.6 million deal they signed Joe Flacco to, after he led the team to victory in the 2012 Super Bowl. However, with Flacco slated to count $28.55 million against the salary cap next season, something had to be done.

That is simply too much for any one player to count against the cap, especially if the team expects to sign anyone who can help them return to the Super Bowl. They had to create some room.

Flacco had three years worth about $58.6 million left on his last contract. With the extension, he is under contract for the next six years for $125 million. His new yearly average of $22.1 million is the highest in the NFL. 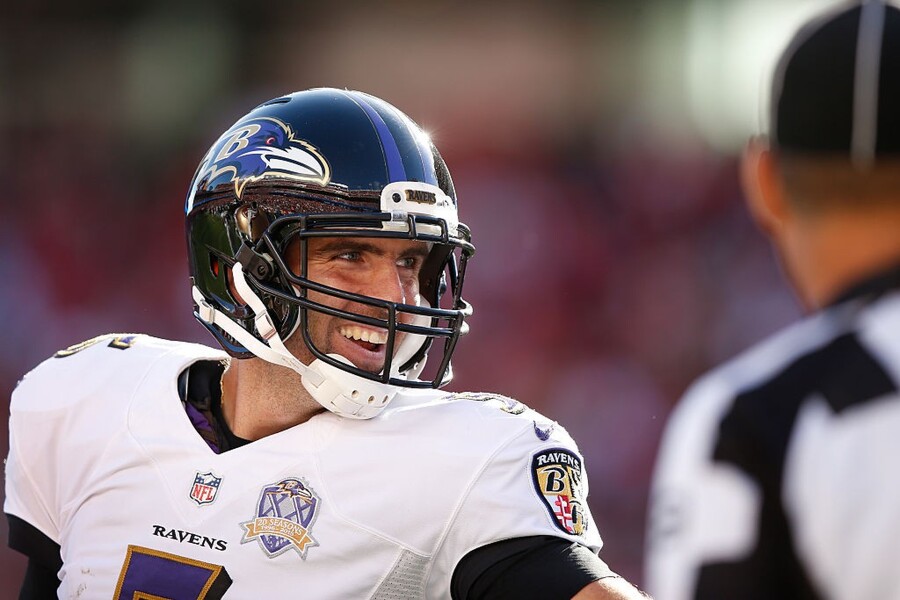 Players always like to know they are wanted and appreciated by their teams. A deal like this should certainly do that for Flacco. In case it wasn't enough, the $40 million signing bonus, a new NFL record by $3 million, he got to show off to some of his teammates, had to be.

"I went down to the basketball court and showed Mike Campanaro and Kyle Juszczyk a check that they've never seen before," Flacco told the Raven's website.

As for salary cap room, the deal didn't generate a lot, considering the amount of money involved. For the 2016 season the team created about $6 million in cap space, and about $7 million next year.

The football-loving free world expected the Ravens to extend Flacco for salary cap relief, Ravens general manager, Ozzie Newsome, said it wasn't about that at all. He wanted to make sure the team locked up a good quarterback for the foreseeable future.

Listening to other general managers trying to find their own Flacco at the combine, he was convinced it as the right thing to do.

"I just spent about five days with GMs [at the NFL combine] that are looking for a Joe Flacco," Newsome said via ESPN. "They're not sleeping at night. I can tell you that. Joe is our quarterback and I'm proud to say that."

Flacco has played well over the years, so it is not surprising that the Ravens wanted to lock him up. However, what is surprising is that they guaranteed so much ($44 million) and gave such a big signing bonus ($40 million) to a guy recovering from major knee surgery (ACL and MCL tears). He is expected to recover and play just fine when he returns to action, but there is no guarantee a player is going to be the same after such an injury.