Ayesha Curry Thinks The NBA Is Rigged, But It's Going To Make Her Husband More Money

Game 6 of the NBA Finals had something for just about everyone. It featured some performances you'd expect: LeBron James had another one of his superhuman games; Steph Curry made a handful of three-pointers; and guys like Harrison Barnes and Kevin Love continued their largely disappointing numbers.

We also saw a number of firsts during Game 6. Craig Sager made his first appearance as a sideline reporter during a Finals game. Golden State faced their largest deficit of the season at the end of the first quarter. Curry fouled out and was ejected for the first time in his career. Reacting to his sixth foul, he hit a fan with his mouthpiece when he chucked it into the stands – that fan turned out to be the son of a minority owner of the Cleveland Cavaliers.

On top of all that, we saw Ayesha Curry, Steph's wife, take to Twitter, accusing the league of being "absolutely rigged for money… Or ratings in [sic] not sure which" and that she had "lost all respect." She later deleted that tweet and apologized, saying she "tweeted in the heat of the moment." 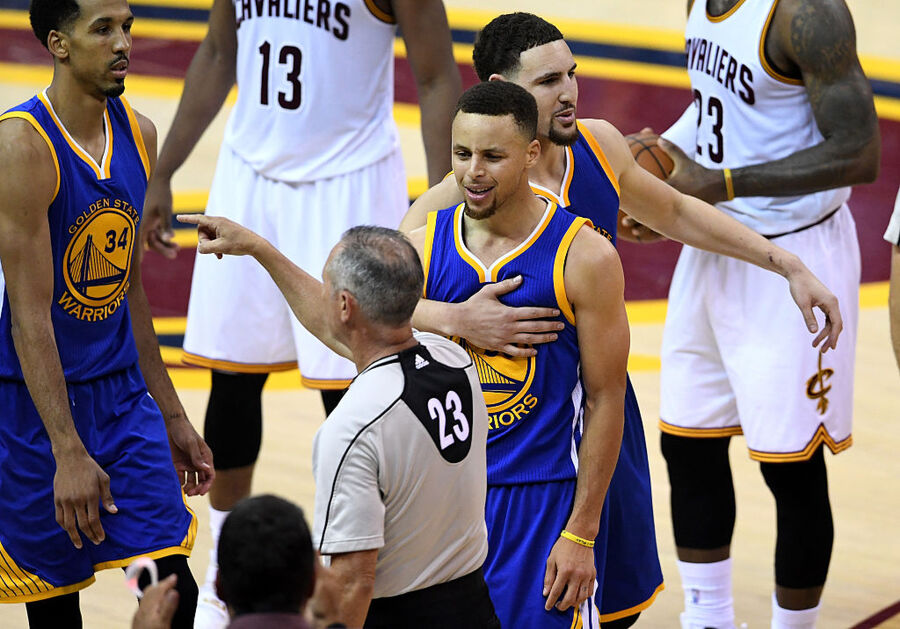 Some fans roasted her for her comments, while others believe she's onto something. After all, conspiracy theorists love to point to the 2002 Western Conference Finals, when the Sacramento Kings lost to the Los Angeles Lakers and referee Tim Donaghy admitted the games were rigged in the Lakers' favor. But if anything, the Warriors should be happy they get another crack at things in front of their home fans – it's going to make them a lot of money.

There's a reason you grind through the regular season to get the best overall record in the league – it offers you homecourt advantage throughout the playoffs. Now, with everything down to one final game, the Warriors get to host it, and will make at least $13 million in revenue from ticket, merchandise and concessions, as well as advertising revenue they generate.

That money will eventually trickle down to the players, as well. Of course, they won't be thinking about that this weekend, but it's not a bad consolation prize for being unable to close out the series in Cleveland.

This has been a strange NBA Finals, and largely, a strange postseason. No game has been decided by fewer than 11 points, yet the two teams have each scored 610 points. How can games that are so shockingly one-sided seem so balanced in the long run?

Regardless of who wins on Father's Day, the Warriors' pockets will be a little fuller.