The Auburn Tigers are sitting atop the college basketball world. With a 20-1 record, the Tigers have the best winning percentage in D-I basketball. They're projected to earn a No. 1 seed in the NCAA Tournament and are currently the top team in the AP Top 25 poll—the first time the school has ever reached the number one spot.

Auburn knows it's got a good thing going, and they want to keep it rolling. The university offered head coach Bruce Pearl an eight-year contract that will run through 2030. Pearl will be 70 by the time the contract ends, so it very well could be his last deal.

Auburn's athletic director Allen Greene shared the details of the contract, and it's a pretty sweet deal for Pearl. He'll get a total of $50.2 million over the eight years. The contract averages $5.4 million per year and has a $250,000 annual escalator. 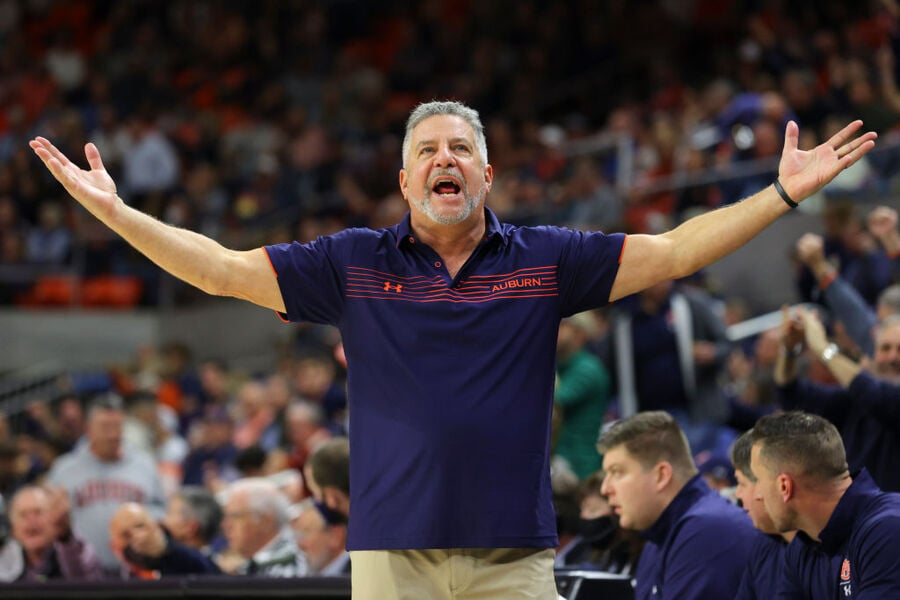 The largest salary will come during the final year of the deal (in the 2029-30 season) when Pearl will make $7.15 million. The new annual salary would put Pearl among the NCAA's top-five highest-paid coaches, behind Kentucky's John Calipari and Villanova's Jay Wright. Duke's Mike Krzyzewski also currently makes more money than Pearl, but he's retiring after this season.

In a statement, Pearl called the school his family's "forever home":

"My intent when I came to Auburn was to have enough success for this to be my last coaching job. … I am grateful to all of my players, coaches, and support staff for making history. Auburn will be our family's forever home. I am humbled and blessed to be your head coach for a very long time. War Eagle!"

Auburn hired Pearl in 2014, three years after he was fired from Tennessee for unethical conduct and other violations. The Tigers hadn't been to the NCAA Tournament since 2003.

Though the team struggled in his first few seasons, Pearl has led the Tigers to a 114-39 record since the 2017-18 campaign. Auburn made the Final Four in 2019 and the second round of the NCAA Tournament in 2018. The program has also had four players drafted by NBA teams in the past three years.

Of course, Pearl's ultimate goal is to bring a basketball national title to Auburn. The university believes he can do it—and they're putting up big money in support.