Thabo Sefolosha is set to make a base salary of $4 million this season playing for the Atlanta Hawks. However, should he choose to move forward with a lawsuit against the City of New York and eight members of the NYPD, his bank account could grow by another $50 million.

The suit stemmed from an incident last April the Hawks were in New York for a game against the Brooklyn Nets. Sefolosha and Pero Antic had been partying with Chris Copeland, who was in town with the Pacers to play the Knicks, at a popular celebrity hot spot called 10AK. Copeland got into an argument with his girlfriend outside when a bystander tried to intervene. 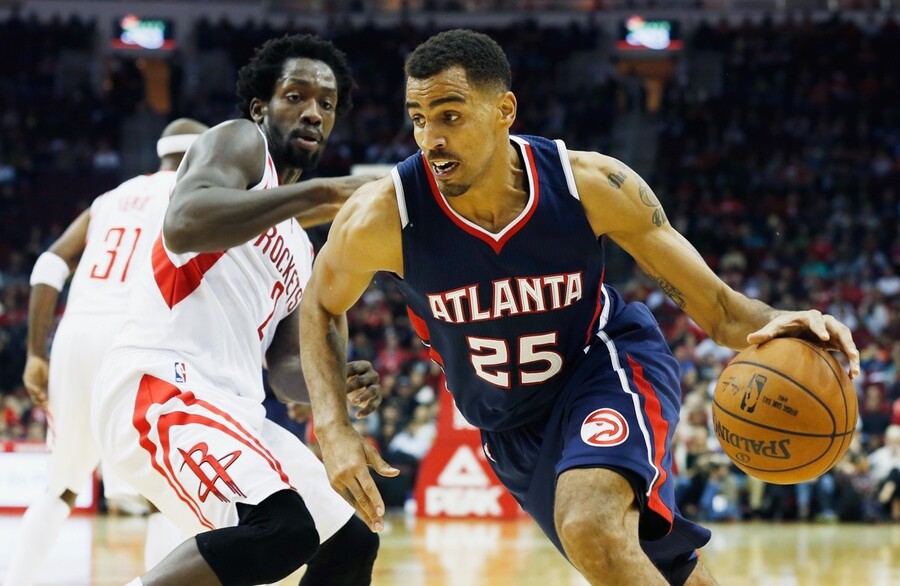 After being told to mind his own business (but with more colorful language) the bystander pulled out a switchblade, and stabbed Copeland and cut his girlfriend and another woman several times.

Police responded to the scene. Antic and Sefolosha supposedly tried to interfere with the investigation, and were charged with obstructing authorities and disorderly conduct. In the process of his arrest, Sefolosha was pushed to the ground and ended up breaking his leg and injuring his knee. He ended up having to miss the rest of the season.

As a result of his injuries, he says he has 'become substantially disabled.' The damage done is supposedly permanent in nature and causing ongoing issues.

Yet he is back on the court and dunking.

"If Thabo isn't 100%, what will his dunks look like when he is?" the Hawks tweeted Sunday after his monster dunk."

Early word on the lawsuit made it sound like Sefolosha was going through with the suit, but it now appears that he is undecided on whether he will go through with it. To make sure he could, if he chooses, his lawyer had to file a notice of claim with city officials.

According to police, Sefolosha refused to clear the area when told to by police and referred to one officer as a 'midget.' Sefolosha said he did comply with the order and only made the 'midget' comment after being told to, "Get off my f***ing block," by one of the officers.

Unless the authorities can prove that they had good reason to become physical with Sefolosha, it sounds like he may have a pretty good case. How much he will get remains to be seen. A jury may find it hard to believe that he suffered any sort of permanent injury after the defense shows clips of him playing and dunking since the injury occurred.