Think about the last time you moved. When you were packing up all your belongings, did you find something you had totally forgotten about? Maybe an old toy, or a board game you used to love to play. Perhaps you found a relic from your youth, like a copy of some obscure movie on VHS.

Chances are, whatever you found, Atlanta Falcons linebacker Sean Weatherspoon has you beat. The former Arizona Cardinal tweeted that his fiancée found an old game paycheck from last season that hadn't yet been cashed.

Weatherspoon made $3.85 million with the Cardinals last year, with a base salary of $2.35 million. A bit of quick math suggests that a one-game check would be worth about $138,235. 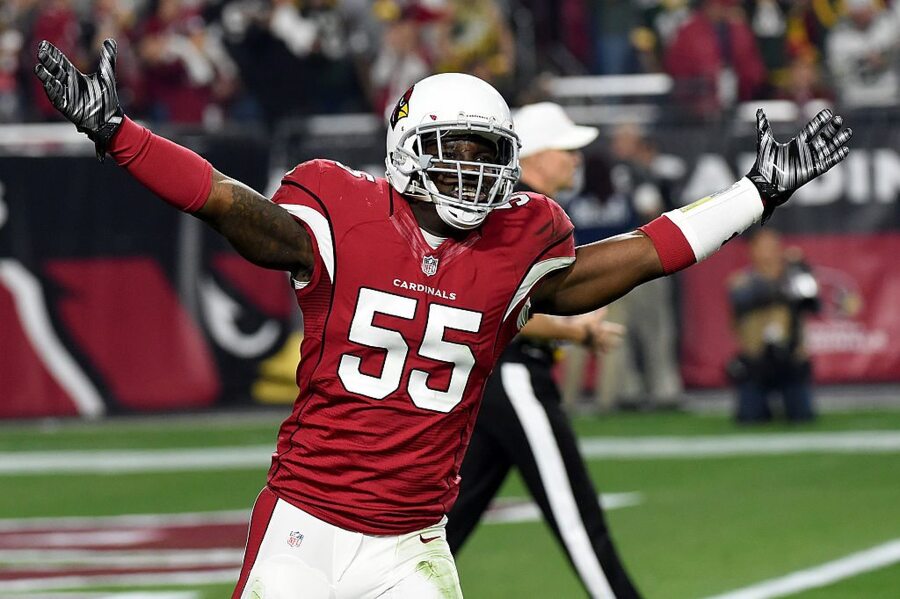 The linebacker was on his way home from working out when his fiancée texted him a picture of the check. She had found it in a stack of mail, as the couple was moving out of their Phoenix-area apartment. The check was dated September 18, which Weatherspoon said he vaguely remembered receiving after the Cardinals Week 1 game against the New Orleans Saints.

Weatherspoon's other checks from the Cardinals were all received via direct deposit. He's getting in touch with the team to try and figure out the deal with this first check, as he's unsure why it wasn't directly deposited into his bank account like the others.

The unexpected money comes at a great time, too: Weatherspoon and his fiancée have a one-year-old daughter, and have a baby boy due in July.

Weatherspoon just signed a one-year, $1.5 million deal with the Falcons, with $150,000 guaranteed. You can bet he'll be double-checking about his direct deposit set up with the team.