These Athletes Make $30 Million+ Per Year, And Most Americans Wouldn't Recognize Them On The Street

It's no secret that athletes are held in high regard. We'll don their jerseys, we'll try to mimic them if we're playing the sport they play, and we'll mob them for an autograph or a picture if we see them out on the street.

Of course, that requires recognizing said athlete. While many Americans could spot someone like Peyton Manning or LeBron James a mile away, there are plenty of lesser known wealthy athletes who could easily walk to the corner store in broad daylight and no disguise, and they would be completely ignored. Here are five athletes who each made $30 million last year, and they wouldn't even be stopped on the street.

Hamilton is a British Formula One racing driver from England. He's currently racing for the Mercedes AMG team, and is the 2008 and 2014 Formula One World Champion.

Hamilton made his F-1 debut in 2007 with McLaren, where he set numerous records while finishing second in the Formula One Championship. He's the only driver in the current grid who has won at least one race in each season he's competed, and has more race victories than any other British driver in the history of Formula One. He won the 2007 United States Grand Prix, becoming the first person of African descent to win at Indianapolis Motor Speedway. Hamilton is currently fifth all time on the F-1 wins list, with 38. Having previously lived in Switzerland, Hamilton now resides in Monaco; he chose both residences to partially get away from media scrutiny, and partially because he receives a tax benefit by living there. Not a bad way to keep your millions! 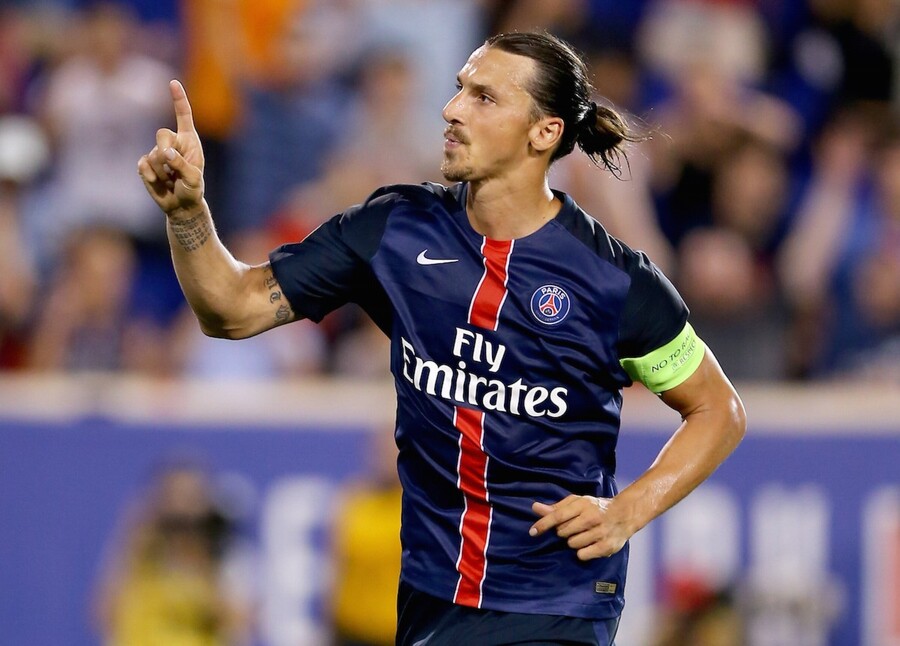 Zlatan Ibrahimovic is a Swedish soccer player, who, in addition to being a captain of his national club, is also a member of Paris Saint-Germain. He's been playing since the late 1990s, starting off at Malmo FF before being signed by Ajax. From there, he moved onto Juventus, and has also played with Inter Milan, Barcelona, and A.C. Milan. He's certainly well traveled when it comes to Europe! And he's widely considered one of the best soccer players in recent history. Yet he could easily walk around the street unnoticed in the United States.

Ibrahimovic is one of just ten Swedish players to appear in at least 100 matches, and is the all-time leading goal scorer in international matches, with 56. He's represented Sweden in both the 2002 and 2006 World Cups, and appeared in the 2004, 2008 and 2012 UEFA Championships. It's surprising that Ibrahimovic can go incognito in the U.S., as he had a very memorable bicycle kick in a 2013 match against England. In fact, it won him the FIFA Puskas Award for Goal of the Year.

Though Ibrahimovic has won several honors during his career, including winning the Supercoppa Italiana in 2006, 2008 and 2009, and the Golden Foot in 2012, he's equally as known for his involvement in a number of controversies. In 2011, he kicked his teammate Antonio Cassano in the face during an interview. He's also kicked two other teammates while a camera was rolling during training. That wasn't the first time he's been involved in an altercation, either: he's kicked opponents, headbutted players, thrown a training kit box across a dressing room, and been accused of being a dirty player and abusing officials. One of the best footballers of his generation–just don't give him a yellow card.

Currently racing for McLaren-Honda, Fernando Alonso is a Formula One racer who has won 32 races and two championships, in 2005 and 2006, while finishing as a runner up on three other occasions. He started racing when he was just three years old, and has been racing in Formula One since 2001. Right now, he's tied with Sebastian Vettel for most points in a career.

Off the racetrack, Alonso acts as a goodwill ambassador for UNICEF. He's currently the only Spanish driver to have won a Formula One Grand Prix. While he may be relatively unknown in America, Alonso certainly has his share of fans. In fact, he's got his own fan phenomenon called "Alonsomania." In 2005, after his success increased Spanish interest in Formula One, a huge party began in his hometown of Oviedo. Alonso's fans can be easily spotted–probably more easily than the racer himself–by the light blue and yellow Asturias flags they wave, a symbol of Alonso's birthplace community.

He's tied with Fernando Alonso with the most points in a Formula One racing career, so it's only fitting that Vettel makes just about as much as his fellow driver. But Vettel is actually even MORE accomplished than Alonso: he won four straight championships from 2010 to 2013 while with Red Bull Racing, and is among the most successful F1 drivers in history. When he won the World Drivers' Championship in 2010, he was just 23 years old, making him the youngest driver ever to do so. Naturally, with each successive championship victory, he became the youngest double, triple and quadruple world champion in Formula One. Overall, Vettel has won 41 races, placing him tied for third on the all-time list, and the most among all active racers.

Vettel is notable for naming his cars at the beginning of each season, a tradition inspired by American bomber pilots during World War II. He's a pretty big fan of alliteration, too; his cars have been named (starting in 2008) Julie, Kate and Kate's Dirty Sister, Luscious Liz and Randy Mandy, Kinky Kylie, Abbey, Hungry Heidi, Suzie and Eva.

Commonly known as M.S., Dhoni is the current captain of the Indian national cricket team in limited-overs formats. Many Americans can't even comprehend the rules of cricket, but Dhoni has proven that it can be quite the lucrative career. Though he retired from Tests in 2014, he's won a number of awards, including the International Cricket Council One Day International (ODI) Player of the Year award in 2008 and 2009, the Padma Shri, which is India's fourth highest honor, and was given the honorary rank of Lieutenant Colonel in 2011 by the Indian Territorial Army.

Of course, his ventures off the field have helped put money in his pocket, as well. Dhoni is co-owner of the Indian Super League team Chennaiyin FC, and serves as Vice President of India Cements. Now that's a long-lasting legacy.