At Only 20 Years Old, Luka Doncic Is Now Endorsed By Jordan Brand

Luka Doncic wasn't even alive when Michael Jordan played his final game for the Chicago Bulls. But the 20-year-old star has still always been inspired by Jordan. And now, he's getting to partner with the legend in a different way: by joining the Jordan Brand family.

Doncic, who's only in his second season in the NBA, agreed to a deal to endorse the Air Jordan line. Terms of the deal haven't yet been released, but per CNBC, an anonymous source said the contract is worth seven figures over five years.

Though Doncic is just 20 years old, he's been playing hoops at a high level for years. He signed with a top European club in 2013, and at 16, earned the nickname "Wonder Boy" while playing in Spain.

The Slovenian capped off his EuroLeague career by winning the league MVP, then became the third pick of the 2018 NBA Draft. The Mavs traded up to acquire Doncic, and they haven't regretted it one bit. 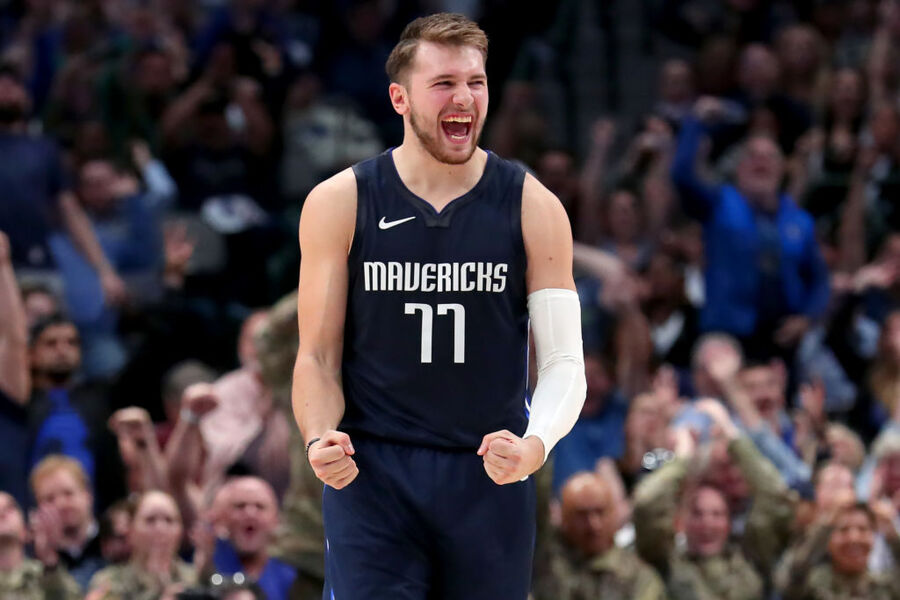 Now, their star player gets to realize another dream by endorsing Jordan Brand. Here's what he said in a blog post on air.jordan:

"Growing up in Slovenia, and all over Europe, everyone knows about Air Jordans because of the impact Michael Jordan has had all over the world. It's a brand with an amazing history. The more I learned about their plans and how much they believe in me, it became an easy decision."

Doncic isn't the only future star to sign a lucrative shoe deal this year. New Orleans Pelicans forward Zion Williamson agreed to a five-year, $75 million endorsement contract with Nike. Williamson, who was the No. 1 pick in the 2019 NBA Draft, has yet to play a regular-season game as he recovers from a knee injury.

However, the Pelicans are hopeful that Williamson can return to the court this month. And basketball fans everywhere will have March 4 circled on their calendar. That's when the Pelicans visit the Mavericks in Dallas.

In that game, all eyes will be on Doncic and Williamson – and their shoes.