By Marvin Jules on November 3, 2017 in Articles › Sports News

Is there a guy with a more charmed existence than Tom Brady? The guy has it all; 5 Super Bowl rings, money, dashing good looks, and a supermodel wife to boot. Well now we can add another accomplishment to the 40-year-old quarterback's impressive resume; he now has his own signature edition luxury vehicle.

Aston Martin has already started selling a special Tom Brady Signature Edition car, that will be delivered to customers in early 2018. The car, which is a convertible, will be limited to just twelves vehicles worldwide; Brady's jersey number. The car features some of Brady's signature touches on Aston Martin's Vanquish S Volante.

The vehicle features an ultramarine black exterior, in addition to dark leather on the inside, and paddle shift tips made from California poppy leather. The future Hall of Fame quarterback's signature is featured on the doorsill plates, while Brady's "TB12" logo is prominently displayed in different places on the vehicle, such as the car's fender and headrests. 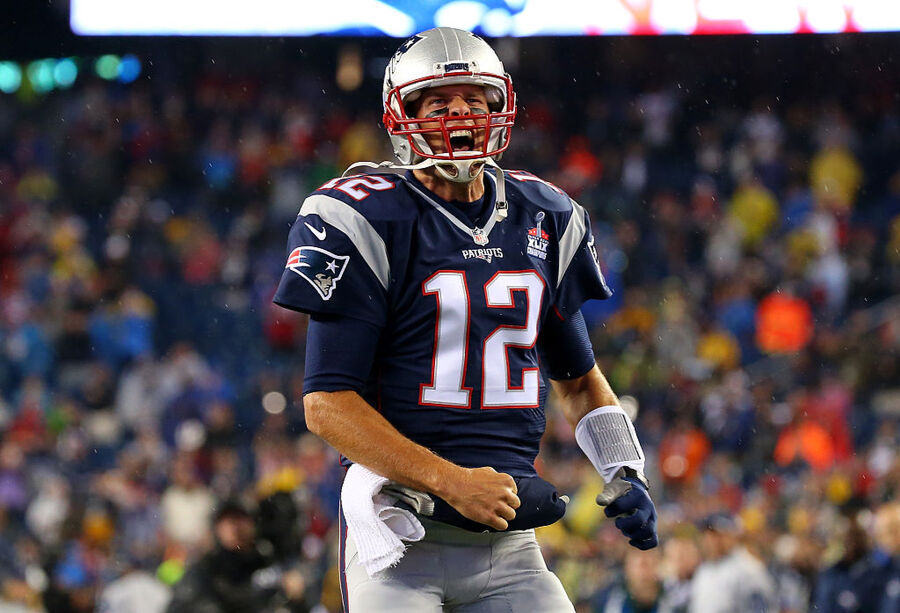 In a statement, Brady said, "We started with a blank canvas and finished with a beautiful car… It's been great to see it all come to fruition." Brady's relationship with Aston Martin began officially this past May, when he signed a multiyear endorsement deal for the 104-year-old car brand.

The Tom Brady Signature Edition Car by Aston Martin will cost $359,950. And according to the terms of Brady's Aston Martin deal, Brady won't be getting one for free. If he wants one of the twelve signature edition cars, he is going to have to buy it himself.