Arsenal Broke Their Transfer Record To Sign Alexandre Lacazette – Will It Pay Off?

The start of the Premier League is upon us, and Arsenal is looking to improve from its fifth-place finish last season.

One of their new weapons? Former Olympique Lionnais (Lyon) striker Alexandre Lacazette. The 26-year-old joins the Gunners after four years in Ligue 1, where he scored 113 goals in 183 appearances.

The club has some lofty expectations for Lacazette. Arsenal paid a team-record $67 million to sign him away from Lyon. That surpasses the fee Arsenal paid for Mesut Özil in 2013 by more than $11 million. 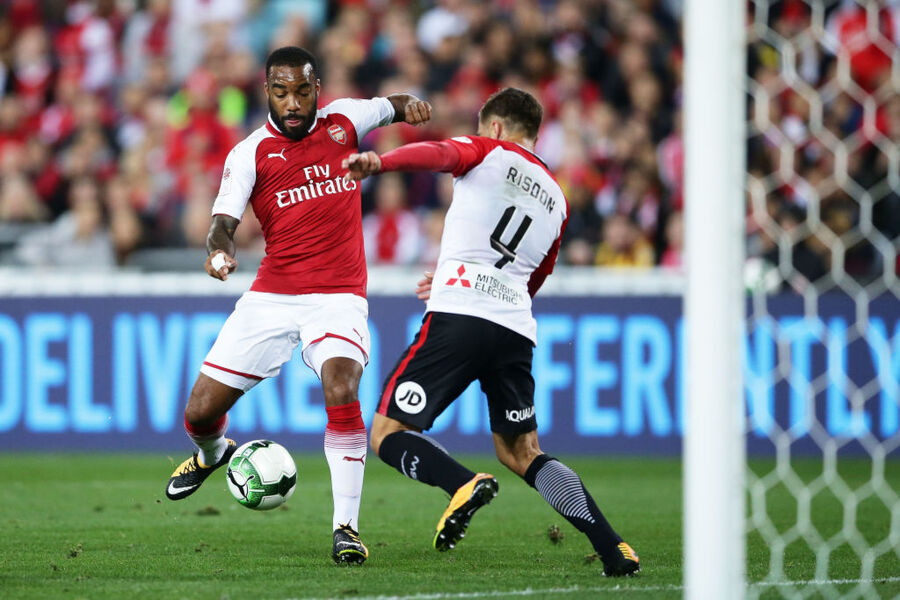 Lyon is having a lucrative summer. Lacazette's transfer broke a club record that was only three weeks old. Corentin Tolisso signed with Bayern Munich in mid-June for about $48.8 million with around $7 million in bonuses.

Meanwhile, Lacazette is the second offseason signing for Arsenal, who completed the free transfer of left back Sead Kolašinac from Schalke 04 earlier this summer.

The club is also in the midst of some drama with forward Alexis Sanchez. Manchester City offered about $525,000 a week to nab Sanchez away from Arsenal, whose initial offer was about $361,000 in weekly wages.

At least for now, Lacazette is easing the pain of those negotiations. He made his mark quickly, scoring a goal 15 minutes into the Emirates Cup at the end of July. If he can continue his torrid pace of scoring, he'll be well worth the investment.