Is This Arsenal Bench Warmer A Secret Billionaire???

Every year, we hear about countless professional athletes going broke within a few years after their playing days are over. Some made bad investments while others were cheated out of their money by unscrupulous advisers. More often than not, however, it is because they kept living the lifestyle without the paycheck coming in anymore.

Arsenal midfielder Mathieu Flamini is not going to have that problem. 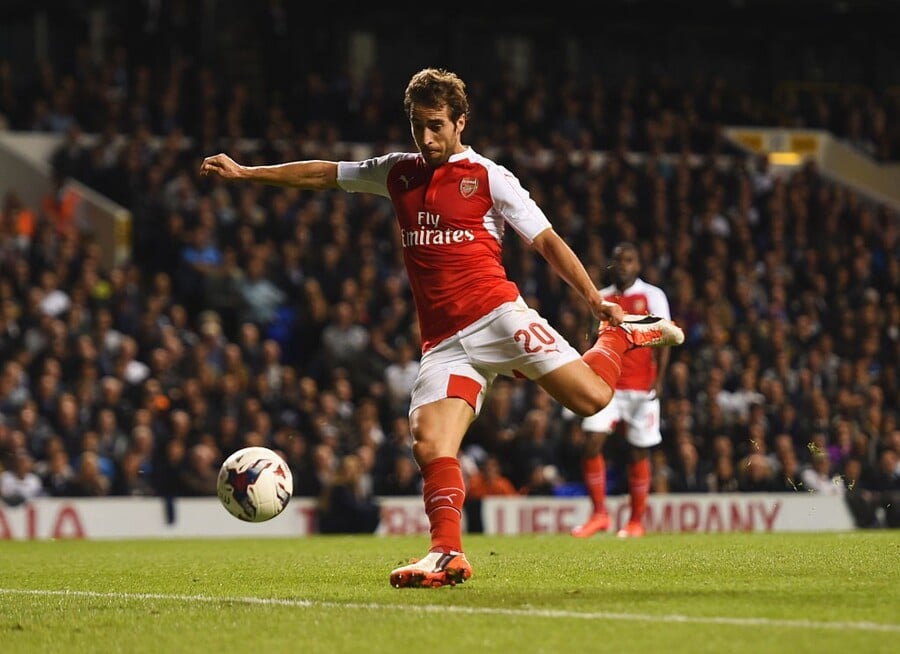 At 31, Flamini is not at the typical retirement age, but chances are he is going to find himself without a team when the current season finishes. He has been bumped down Arsenal's depth chart, and is not expected to climb his way back up anytime soon. Teams have shown interest in him, but he has refused to accept any offers. Instead, he is demanding a payoff if the team wants him to leave before the season ends.

His logic is pretty sound. At this stage of his career, he does not believe he will make anywhere near the £65,000 ($99,375) a week salary he makes with Arsenal. Sound logic, but you would think a guy that is expected to soon be worth upwards of $30 billion would not be too concerned about how much money he makes playing soccer.

As it turns out, Flamini formed a company with Pasquale Granata several years ago called GF Biochemicals. He met Granata while playing for AC Milan back in 2008. After getting relegated to the bench he found himself with some free time to pursue other interest – like the environment.

"I was always close to nature and concerned about environmental issues, climate change and global warming. [Granata] was on the same wavelength. We were looking how we could make a contribution to the problem. After a while, we found out about levulinic acid. It's a molecule identified by the US Department of Energy as one of the 12 molecules with the potential to replace petrol in all its forms," Flamini stated in an interview with a UK media outlet, The Sun.

Their mutual interest gave birth to GF Biochemicals, and for years he invested millions in the venture which appears poised to pay off in a very big way. Recently the company announced that it had figured out how to mass produce levulinic acid, an organic compound capable of replacing oil and ending the world's dependence on fossil fuels.

"We financed the research by the Milan Polytechnic. After several months we came up with the technology of how to produce LA on an industrial scale, meaning cheaply and cost-effectively. We patented it," Flamini said.

Why keep something like this secret for so many years? He wanted to make sure it was going to happen before he started talking about it publicly.

So when it comes to his soccer salary it will be peanuts compared to what he will soon be making as a producer of alternative fuels.