Arnold Palmer, who came in at No. 5 after earning $40 million.

Wait, isn't Palmer 86 years old? Wasn't the last time he played a round on tour back in 2006? How can he possibly be on that high on the list? Well, when you are a living legend with an ingenious marketing plan, it is not that hard. 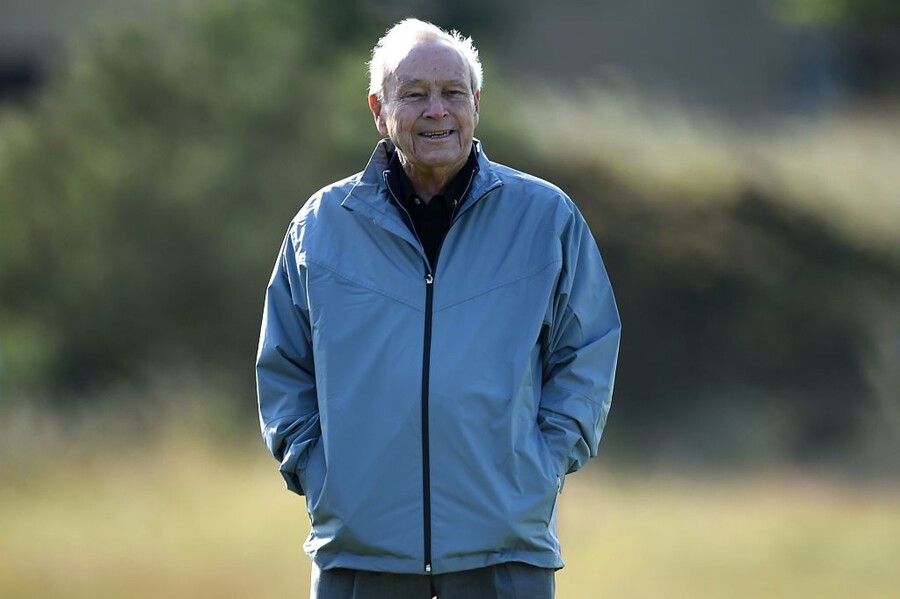 Palmer played in over 1,000 tournaments on the PGA Tour and Champions Tour (Senior PGA) over the course of his career, and made just over $3.5 million in the process. It seems crazy for one of the best golfers in the history of the game to have made so little, but that just goes to show how much tournament prizes have grown over the years.

Twenty players made over $3.5 million just last year from tournaments, but only a few came close to what Arnold Palmer made off the course.

Palmer is credited with being the first athlete to turn his success in his chosen sport into a money making machine, which is exactly what Arnold Palmer Enterprises is. His name has been marketed, promoted, branded, and licensed like no other, in large part due to the strategy he and his agent, Mark McCormack, have employed.

The basis of the strategy was two-fold. He wouldn't endorse or pitch a product he didn't think was any good or use himself. He thought it was dishonest and would be obvious to the public. Secondly, endorsements would never be tied to winning, since eventually everyone stops winning. Instead, they would be tied to what people liked and admired about Palmer (i.e. character, integrity, etc.).

This strategy has helped his company evolve over the years and for him to remain relevant for as long as he has.

Palmer's good fortune has not been all because of endorsements. He has also invested in several businesses. The Arnold Palmer Design Company, has created some of the best golf courses in the world, including the first ever made in China. He owns a pair of country clubs, Bay Hill and Latrobe, a restaurant, a car dealership, and a company that will help you operate a golf tournament (Arnold Palmer Golf Tournament Services).

So kids – if you want to make a fortune playing a game and continue making one after you stop playing give golf a try, but don't forget to be a good, honest, charismatic person as well.