Arizona Cardinals owner Bill Bidwill has to be quite happy with his football team these days. The Cardinals are one of the better teams in the league, and will likely win the NFC West (if not more) as long as they don't lose any key players to injury this season.

Of course, when you own a professional football team worth $1.5 billion and have a personal net worth close to $1 billion yourself, it is hard to be anything but happy. 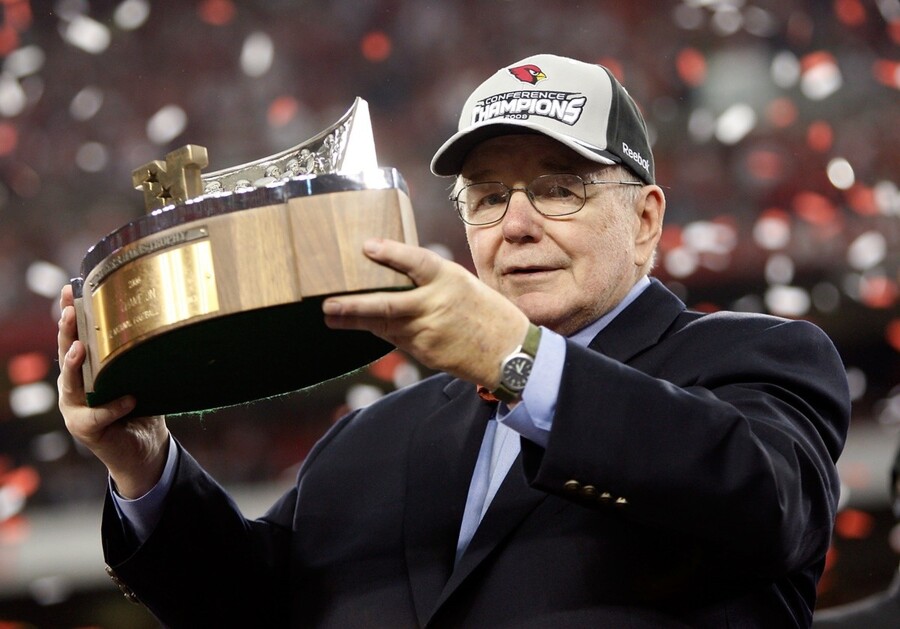 As it turns out, he came about his fortune the old fashioned way – he inherited it, but it all stemmed from his father's business dealings which begs the question – how did dear old dad come by the fortune he left behind?

Charles Bidwill was a very successful businessman and lawyer in Chicago during his day, and supposedly had ties to the infamous organized crime boss. Al Capone. Did he come by any of his money through illegal ways? We'll never know for sure, but there is  no reason to believe he did in spite of rumors of his ties to Capone.

At one time,, he owned a horse stable, served as president of the Chicago Stadium Operating Company, and owned a printing company.

One night in 1932, while enjoying a dinner party on a luxury yacht with Dr. David Jones, owner of the Chicago Cardinals, and his wife the topic of conversation turned towards the state of the team. Jones wasn't happy that the team had not been doing well. At one point during the conversation, Bidwill's wife, Violet, asked, "Why don't you sell the Cardinals to Charlie?"

Jones said he would be interested in doing so for the right price, and the conversation/negotiations took off from there. By the end of the night Jones agreed to sell Bidwill the Cardinals for $50,000. The deal was sealed with a handshake and a $2000 down payment.

They announced the deal the following year after Bidwill was able to dispose of his stock in the Bears (he couldn't own one team while having a stake in another).

Bill Bidwill began working with the team as a child when he served as a ball boy. While attending Georgetown, he was named vice president of the team, but didn't work with the club directly until returning to Chicago in 1956 after serving in the Navy.

When his father passed away in 1947 he left the team to his wife. When she passed away in 1962 she left it to her two sons, Bill and Charles Jr. Bill became sole owner when he bought out his brother in 1972.

The Cardinals have the distinction of being controlled by one family longer than every other team in the league with the exception of the New York Giants and Chicago Bears. Bidwill no longer gets involved in the day to day operations of the team leaving that to his sons, Michael and Bill Jr.

So – how did Bill Bidwill make his money? Thanks to dad making a heck of a deal back in 1932 he owes his fortune to football.