Does Anybody Actually Want Brock Osweiler On Their Team?

What a difference a year makes.

Last offseason, Brock Osweiler was involved in a bidding war between the Denver Broncos and Houston Texans. The Broncos were losing Peyton Manning to retirement, and Osweiler had filled in admirably when Manning missed seven games due to injury. Coupled with a weak quarterback market, Osweiler was one of the most sought-after signal callers out there.

The Texans offered Osweiler a four-year, $72 million contract with two years and $36 million guaranteed. That was more than Denver was willing to pay, so Osweiler went off to Houston. 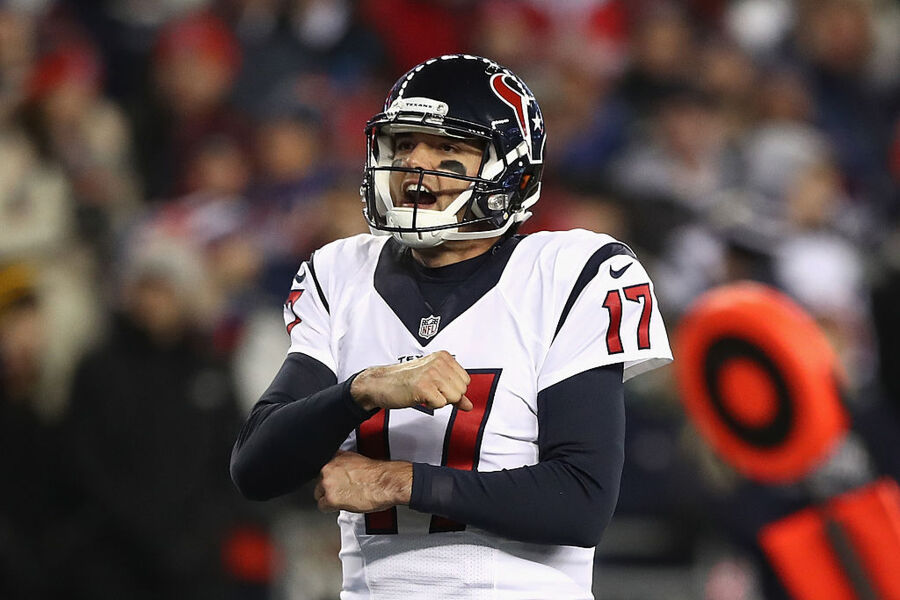 After just one disappointing season in Houston – Osweiler threw more interceptions than touchdowns and didn't even reach 3,000 yards passing – the Texans traded him to Cleveland, adding in a 2017 sixth-round pick and a 2018 second-rounder to sweeten the deal.

Early reports are that the Browns don't plan to keep Osweiler. This is a franchise who has started a whopping 26 quarterbacks since 1999. The position has never been Cleveland's strong suit, and even they aren't excited about Osweiler, primarily making the trade for the draft picks.

Osweiler completed just 59 percent of his passes last year and only connected on 17.6 percent of passes 21 yards or more. He was benched for backup Tom Savage in a December game, and the home Houston crowd gave a standing ovation. When Osweiler had the chance to play again in Week 17 after Savage suffered a concussion, he got into a verbal altercation with head coach Bill O'Brien and claimed he was being "held hostage" when O'Brien stuck an arm out to prevent Osweiler from leaving the room, according to sources. That was reportedly the "last straw" for the Texans.

So is Osweiler's career done? Not necessarily. He's still just 26 years old, and the Browns have been fielding calls from other potentially interested teams. While those teams may be inquiring about Osweiler as a quarterback, they may also simply want to get him for salary cap purposes.

As it stands, Osweiler's hefty price tag will probably limit most teams from giving him an opportunity. But hey, at least he's still due to make another $18 million. That's not the worst thing in the world.