Antonio Brown's Phone May Have Stopped Him From Getting $30 Million

Antonio Brown hasn't been on an NFL roster for nearly two months, but he's still battling to get back in. Namely, he's battling to recoup the $30 million of his Oakland Raiders contract, plus the $9 million signing bonus from his New England Patriots contract.

Brown may be able to recoup his Patriots signing bonus since he actually appeared in a game for the team. Thanks to a few text messages, though, it looks like Brown can say goodbye to that $30 million from the Raiders.

Per ESPN's Chris Mortensen, the Raiders submitted multiple text messages from Brown to owner Mark Davis. The messages reportedly show Brown asked for his release from the team. The Raiders officially released him on September 7.

It's a fairly strong case against Brown, who's filed grievances against both of his former teams. And it's not the only bad look for him. 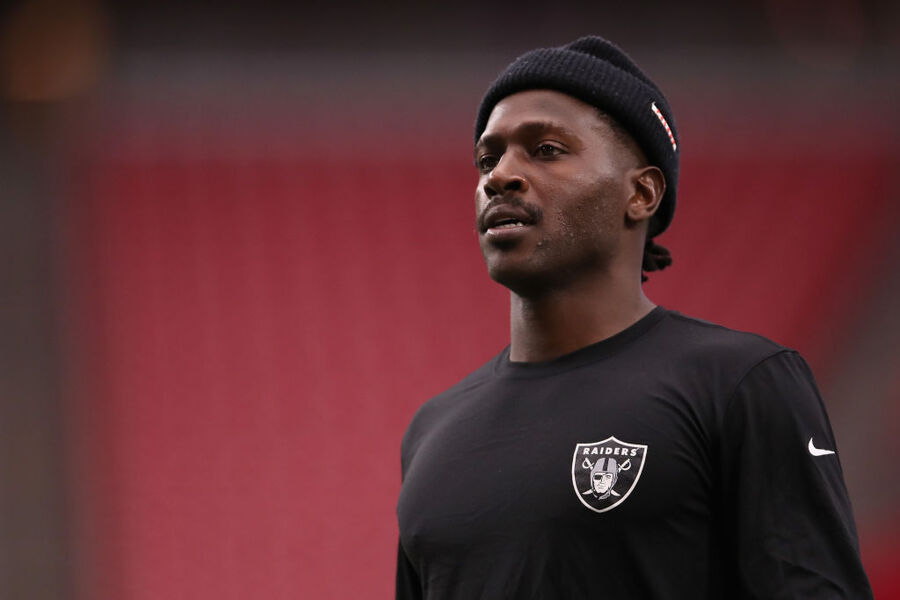 Brown also asked the Raiders to release him in an Instagram post earlier this year. When the team obliged, Brown posted a video to YouTube celebrating his newfound freedom.

Even before his release, Brown's time with the Raiders was riddled with controversial moments. The receiver suffered frostbite on his foot while undergoing cryotherapy treatments. He took a stand against the NFL's new, safer helmets by insisting he wear his older one, missing multiple practices in the process. And he got in a heated argument with Raiders general manager Mike Mayock, reportedly calling his GM a "cracker."

Brown signed with the Patriots just hours after his Raiders release. However, he played in just one game for New England. The team released him after multiple allegations surfaced, accusing Brown of sexual assault and misconduct. Soon after, he allegedly sent threatening text messages to one of his accusers.

To say this year has been a mess is an understatement. Brown will keep trying to get the money from his contracts, but it's highly unlikely he walks away with any money from the Raiders. And unless a team rolls the dice and gives him another chance, he may never see another paycheck from the NFL.