Antonio Brown Is Now The Highest-Paid Receiver In The NFL

Antonio Brown had himself a terrific 2016 campaign. He was second in the league among all receivers in catches, tied for second in touchdowns, third in receptions of 20 or more yards, and fifth in both receiving yards and targets. He's in his prime and without a doubt one of the top receivers in the NFL.

It's only fitting the Pittsburgh Steelers started paying him like one.

Brown and the Steelers announced a four-year, $68 million deal that not only keeps the receiver in Pittsburgh through the 2021 season, it makes Brown the highest-paid receiver in the whole league. The deal is front-loaded, with Brown getting $18.5 million in each of his first three seasons and receiving $12.5 million in his final year. He also will get a signing bonus of $19 million.

Brown, who has one year left on a five-year, $42 million deal, will make $4.7 million this year before his new contract kicks in and $4 million of his base salary from this upcoming year's contract was shifted to his 2016 salary instead. 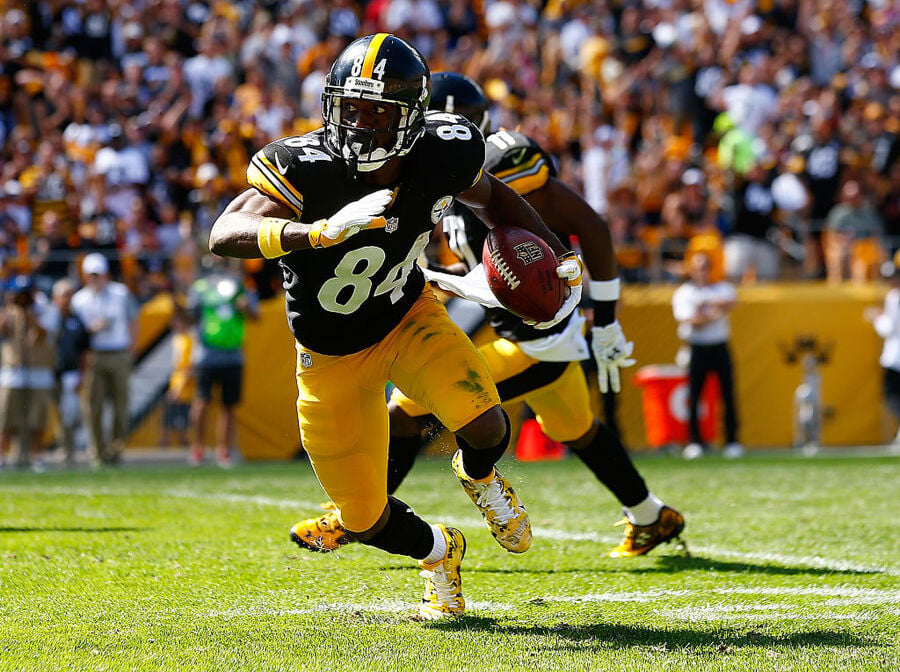 Brown, a sixth-round pick out of Central Michigan, has been a consistently high-performing receiver since entering the league. He led all receivers with 1,498 yards in 2014 and has made five Pro Bowls and three first-team All-Pro appearances in seven seasons. He's also the first player in Steelers history to have at least 1,000 receiving yards and 10 touchdowns in three straight seasons.

Brown had a few questionable moments this past season, as well. They were primarily minor infractions, such as twerking after a touchdown and wearing baby blue cleats that weren't part of the uniform and paid fines for those offenses.

But after defeating the Kansas City Chiefs in the playoffs, Brown posted a video of head coach Mike Tomlin's post-game speech to the locker room, despite the fact that multiple players were encouraging everyone to keep a low profile on social media. Brown had been paid $244,000 by Facebook to create content for live channels, but clearly, that wasn't the right time to do it. At the time, Tomlin was furious with Brown's actions, though this new deal seems to imply they've put the incident behind them.

Meanwhile, he is going to be paid like the elite receiver he is. The Steelers hope he can continue breaking franchise records while getting the club back to the Super Bowl.