For several years, Antonio Brown has been one of the highest-caliber wide receivers on the planet, and now he has the contract to match.

Brown recently signed a 4-year, $68 million contract extension with the Pittsburgh Steelers, officially giving him the biggest paycheck for any wide receiver in the league. The contract will keep brown in the black-and-gold through the end of the 2021 season, and includes a $19 million signing bonus. The star receiver will make $18.5 million each of the first three seasons of the extension, and $12.5 million in the final season.

This deal was a long time in the making, after Brown led the league in receptions two years in a row with 129 in 2014 and 136 in 2015. Those two seasons combined set an NFL record for most receptions over a two-year span. Prior to the 2016 season, the Steelers promised to compensate the perennial all-pro for his efforts, and told him they would restructure his contract after the 2016 season. It seems they have made good on their promise. 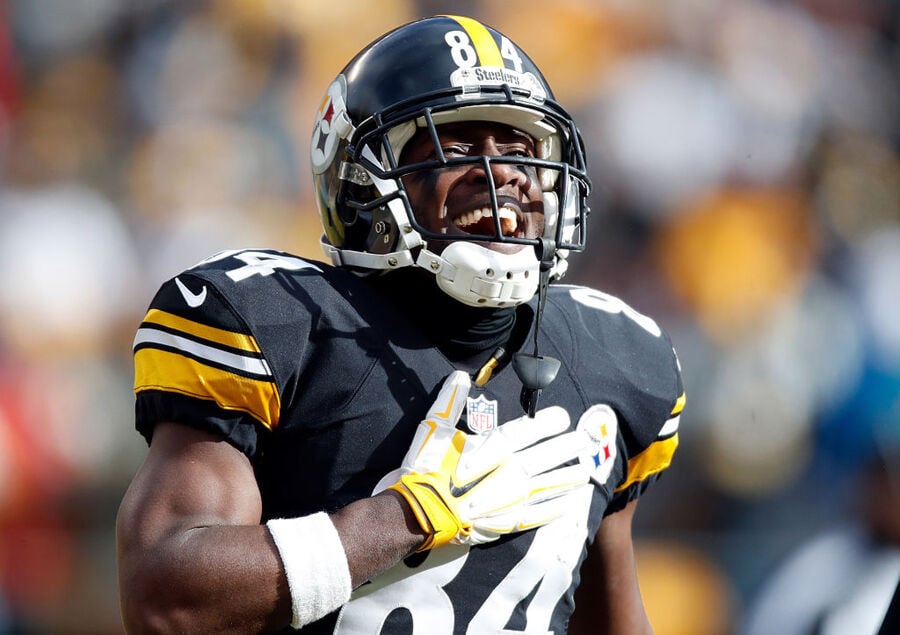 Brown failed to lead the league for his third straight season, partly due to only playing 15 games. He finished the 2016 season with 106 catches for 1,284 yards and 12 touchdowns. He was second only to Larry Fitzgerald in receptions, who finished with 107.

Brown, an undersized wide-out at only 5'10", played college ball at Central Michigan. He was drafted in the sixth round in 2010, and has proven himself to be one of the best wide receivers in Steelers franchise history. He is the only Pittsburgh wide receiver ever to tally 1,000 yards and ten touchdowns in three consecutive years.

The only downside to Brown is his tendency to attract negative attention with his flamboyant manner both on and off the field. He frequently gets flagged for his end zone celebrations, and he recently garnered some serious criticism from his Facebook live feed of a post-game locker room speech.

Nevertheless, he's proven time and again that he's indispensable on the field, and the Steelers most likely won't be disappointed that they decided to keep him around.