For the past several years, Antonio Brown has been one of the best – if not the best – receivers in the NFL. And he's also been grossly underpaid for his work.

It seems like the Steelers are finally trying to change that this season – kind of. The organization restructured Brown's contract, bringing $4 million over from next season's contract into this season. With that change, the sixth-round draft pick out of Central Michigan will make a total of $10.25 million in the 2016-17 season, with an $8.975 million up-front signing bonus and $1.275 million base salary.

Though the $10.25 million is a vast improvement from the $6.25 million he was slated to make, it still leaves him as an underpaid player based on his stature. No defense has an answer for him, and if he continues at the pace he's going, he'll be one of the greatest receivers of all time. He's always touted as one of the hardest workers in the league. He's dreadfully fast, has incredible hands, and always seems to know exactly where he is on the field. 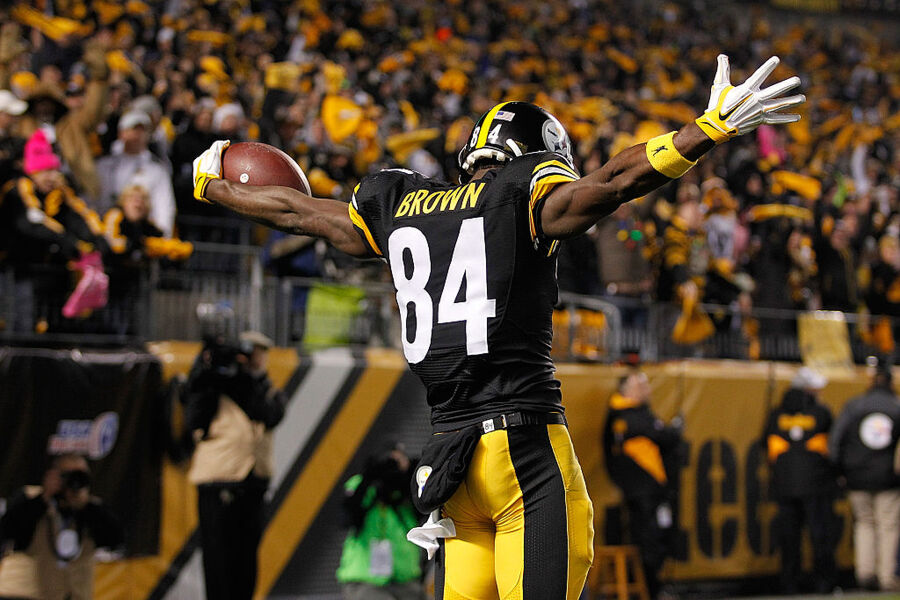 Yet, his salary pales in comparison to players like Andrew Luck and Tom Brady, who are each making around $30 million this season. Even Brown's teammate, Ben Roethlisberger, who was the NFL's highest-paid player last season, is making a $17.75 million base salary this season.

Brown has certainly earned every dime that he's made in the past couple of years, racking up an absurd 265 catches in the past two seasons, 136 of which came last year despite playing several weeks with sub-par quarterbacks. He also had over 1800 yards and 10 touchdowns last year.

Another issue to consider is that Brown will now be heading into the 2017 season making barely over $4 million. Therefore, the Steelers will have to give him a major contract extension before next season, if they want to keep their star player. And there's no way the Steelers will risk losing number 84.

So, the moral of the story is: it's really good for him that he's $10.25 million richer this season. But not nearly good enough. Look for Antonio Brown to be among the top money earners in the league in the 2017-18 season, if he gets the kind of contract extension and signing bonus that he deserves.