It's been a busy 2022 for Antonio Brown. The former Tampa Bay Buccaneers receiver left his old team's Week 17 game against the New York Jets, removing his uniform and throwing some of his gear into the stands before jogging off the field.

The team immediately cut him, but Brown has already found another venture to pursue. He recently announced he's now the president of Donda Sports, the sports lifestyle brand founded by Kanye West and named after West's mother Donda. Brown and West have become friends in recent months, and it could potentially be a fruitful partnership between the two.

To celebrate his new role, Brown shared a receipt of a purchase he made for Super Bowl LVI on Instagram. He spent $2 million on an owner's suite and another $195,000 on a VIP section in the lower bowl. 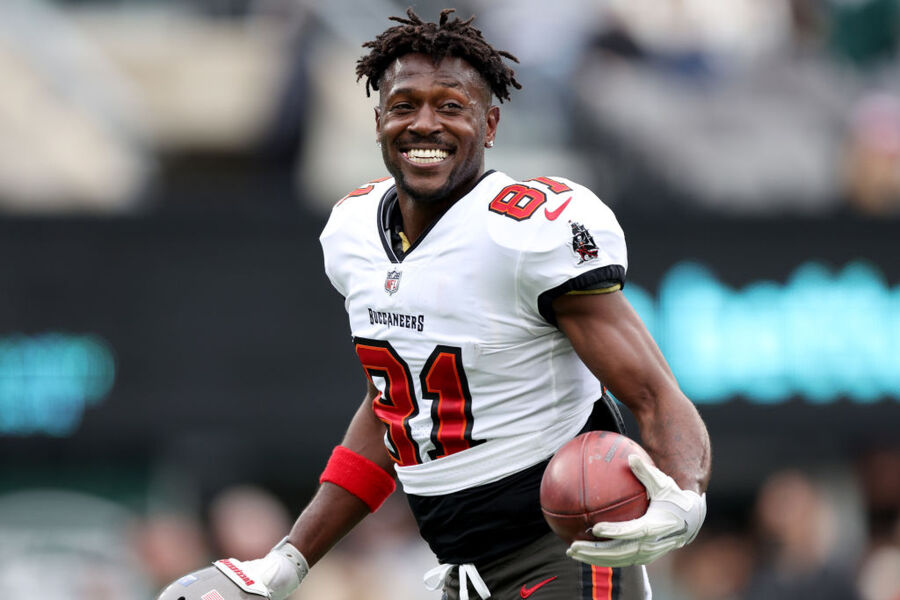 Some astute commenters have pointed out that Brown's receipt has a date of February 7, 2021. But this year's big game is Super Bowl LVI, so at least that part is correct. Is it possible this is an outdated invoice? Sure. The date could also be a typo—Brown hasn't confirmed anything else beyond the photo he shared.

Brown initially shared the news of his new role at Donda Sports last month, saying "I don't think there's a lot of fashion lines for athletes, wearing fashionable and comfortable clothes, so with a guy like Kanye West, being able to partner with him and work with him to provide more creative, genius ideas for fashion looks for athletes in general … I'm just grateful for the opportunity here soon, to share what we've got with the world. And you guys are hearing it first, we got some exciting things to look forward to this year."

We'll see if Brown is rubbing elbows with West and some other big shots come Super Bowl Sunday. But if you were wondering how Brown was keeping himself busy after departing from the Bucs, he seems to have found another calling.