Antonio Brown Is Now The Highest-Paid Receiver In The NFL

After an extensive soap opera with the Pittsburgh Steelers, Antonio Brown has finally gotten his wish. He's no longer in Pittsburgh after the Steelers traded him to the Oakland Raiders for third- and fifth-round picks in 2019.

Brown will sign a new deal as part of the trade, worth $50.125 million over the next three seasons, per Pro Football Talk's Mike Florio. The contract also includes $30.125 million in guaranteed money – Brown was previously making $0 guaranteed.

With incentives, the deal could increase to $54.125 million, according to ESPN's Adam Schefter. NFL Network's Ian Rapoport added that Brown's deal makes him the highest-paid receiver in the league.

It ends the tumultuous saga of Brown's tenure in Pittsburgh, which reached a new level leading up to the final week of the regular season. Brown got into an argument with Steelers quarterback Ben Roethlisberger. The receiver skipped practice and was inactive for the team's final game. 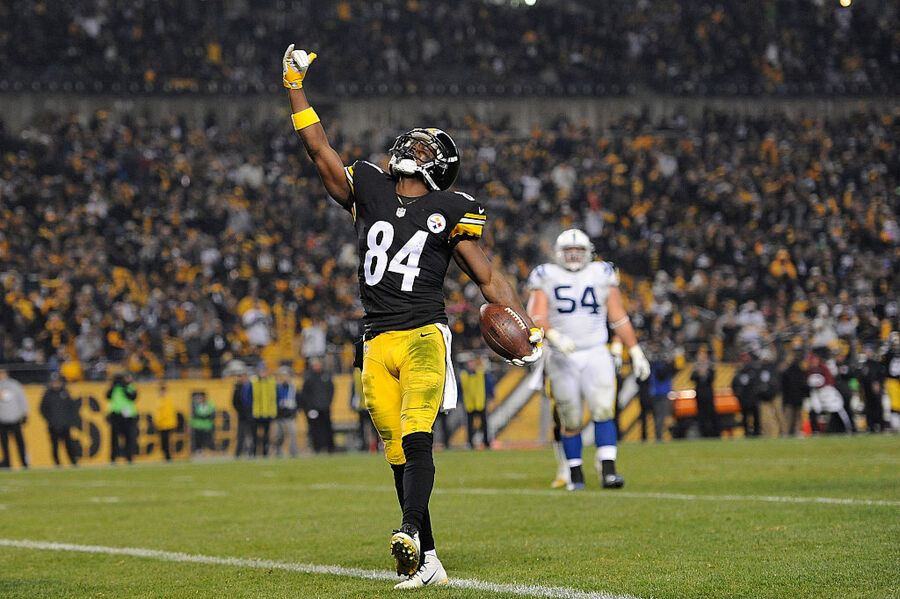 The seven-time All-Pro has recorded at least 100 catches and eight touchdowns in each of the past six seasons. After a potential deal to Buffalo fell through, it seemed like the Steelers might have trouble moving Brown.

But they found a willing partner with the Raiders, who now have a star receiver to replace Amari Cooper. Oakland traded Cooper to the Dallas Cowboys in the middle of the season.

While Oakland is welcoming a new star player, Pittsburgh is ready to move on. But as ESPN's Bill Barnwell notes, the Steelers will have $21.1 million of dead cap space on their roster. If they kept Brown on their team, they would have paid him $22.2 million.

In essence, the Steelers are saving $1.1 million while letting one of the top receivers in the league walk. At 30 years old, Brown still has several years of productive work in front of him. But Pittsburgh felt it wasn't worth the potential headache in the locker room.

For now, Brown can celebrate two things: getting himself out of a bad situation and getting a bigger contract than any other receiver out on the field.