Antonio Brown Could Go From $30 Million Guaranteed To Just Over $158,000 In The Span Of Six Months

Antonio Brown's tenure in New England lasted for only 11 days. The Patriots signed the troubled receiver after the Raiders released him before the start of the season. But the distractions just became too many to avoid. The Patriots finally had enough.

Brown allegedly added the woman to a group text discussing his next move with his legal team. According to the text messages, Brown wrote that the woman was a "super broke girl" and shared pictures of her kids and a link to her Instagram account. 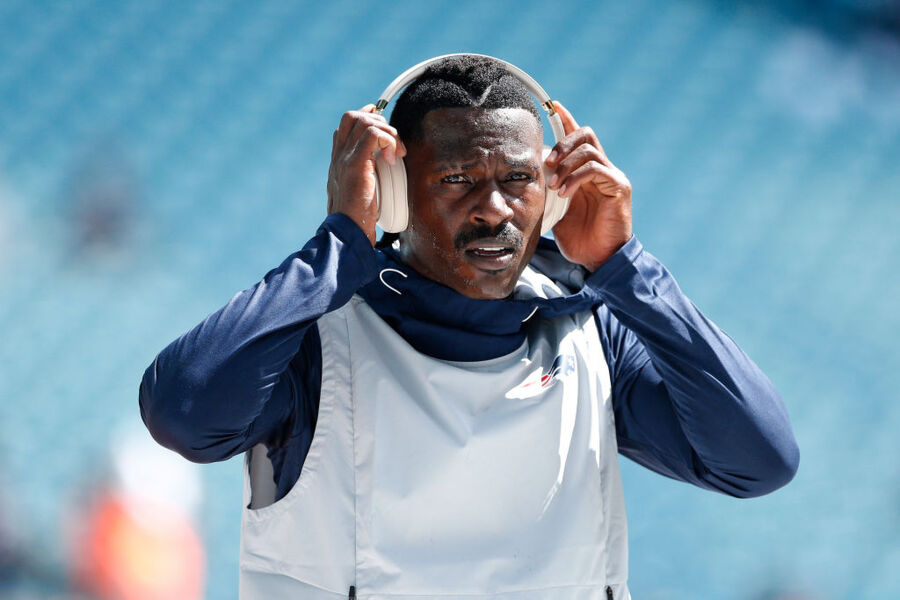 Sports Illustrated published a story with this latest news after posting a piece on Brown and his history earlier in the week. The woman, whose name has not been shared, claims Brown hired her to paint a mural outside of his Pittsburgh home. When she rejected his sexual advances, she was fired.

The woman's lawyer has reached out to the NFL to ask for their assistance in dealing with Brown.

Brown's name also appeared in reports alongside Dr. Victor Prisk, who's suing the receiver for $11,500 in unpaid fees. Brown is featured in a video farting in Prisk's face multiple times, laughing about it after showing up three hours late for an appointment.

In less than two weeks time, Brown became too much of a distraction for the Patriots. And that was after just a few months with the Oakland Raiders.

Brown's downfall caused him to lose out on $30 million guaranteed from the Oakland Raiders. He could potentially earn just $158,333 for the whole year.

That all depends on what happens with Brown's signing bonus with the Patriots. He was set to earn $9 million guaranteed, with $5 million due this coming Monday and the rest in January.

But the Patriots may not have to pay him at all. Per ESPN's Jeremy Fowler, because Brown didn't disclose his impending sexual assault lawsuit, New England likely has just cause in releasing him. If that proves to be the case, Brown won't make any money from his tenure with the Patriots.

Antonio Brown likely forfeits $9M signing bonus from Patriots b/c of a contract clause calling for players to disclose situations preventing availability, per league source. This could lead to a grievance, but source says that money is 'gone.' Brown was due $5M Monday

Either way, going from $30 million guaranteed in March to, at best, less than a third of that amount, is a huge drop for Brown. That's not even factoring in his sponsorship deals that have been terminated, and most importantly, his impending legal issues.

Brown had one of the quickest falls from grace the league has ever seen. And now, he may never play in the NFL again.