Since 2018, Anthony Carter has served as the player development coach for the Miami Heat. But his ties to the team go back more than two decades, when he began his NBA career with the Heat in 1999. In between, he played a role in changing the franchise's fortunes forever.

No, Carter wasn't a superstar in Miami like Dwyane Wade and LeBron James were. But without him, the Heat may not have three championships today.

Let's hop back to the 2002-03 season. Carter, who was 27 years old at the time, wanted to exercise his player option to stay in Miami. Carter averaged 4.1 points while shooting an abysmal 35.6% from the field (and zero percent from three) the season before.

The option, worth $4.1 million, was an obvious choice. There was only one problem: Carter's agent, Bill Duffy, missed the June 30 deadline to tell the Heat Carter planned to return. 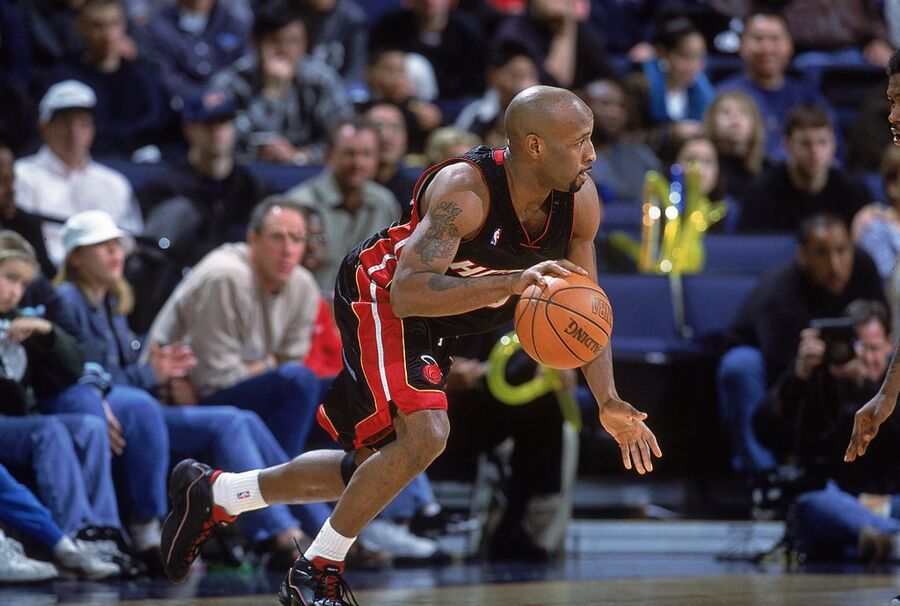 Instead of getting his $4.1 million, Carter became a free agent. He signed a minimum contract with the San Antonio Spurs, worth about $750,000. On the plus side, Carter only played in five games before the Spurs waived him – a $150,000 per game salary is pretty good.

Still, Carter missed out on a bigger payday. To make things right, Duffy offered Carter $3 million from his own pocket. The two agreed to a repayment schedule, and Duffy delivered the final payment at the end of 2020.

Despite the blunder, Carter has remained on good terms with Duffy, saying he understood that sometimes things happen. And Duffy is still an agent today, representing several NBA players, including Luka Doncic, Goran Dragic, and Rajon Rondo. In fact, he likely benefited from his act, with other players and coaches seeing him trying to fix things.

With Carter no longer on Miami's books, Heat president Pat Riley suddenly had extra cap space. He used it to sign Lamar Odom away from the Los Angeles Clippers. The following season, in 2004, Odom was traded — along with Caron Butler and Brian Grant – to the Los Angeles Lakers for Shaquille O'Neal.

Two years after that trade, O'Neal and Wade led the Heat to its first championship in franchise history. And if you support the butterfly effect, James may have never signed with the Heat in 2010 if they hadn't won a title a few years earlier.

It's certainly an interesting hypothetical to consider. And it took almost 20 years, but Carter finally got his money.